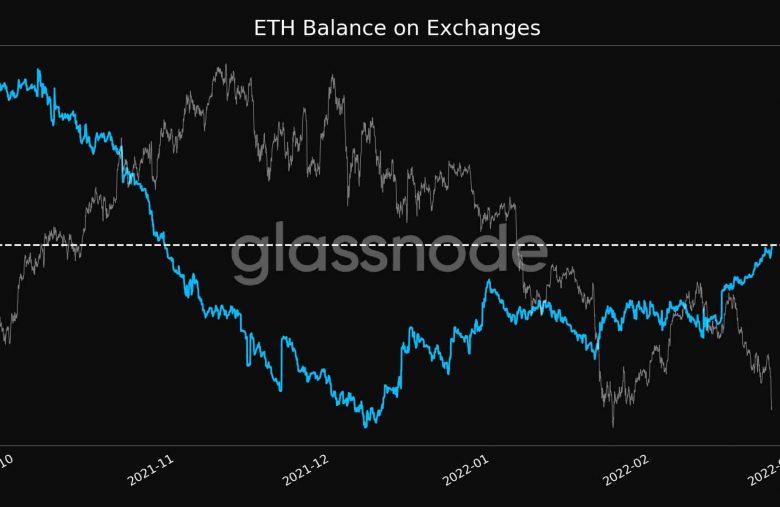 Today’s been a complete bloodbath in the cryptocurrency markets as the majority of coins trade deeply in the red. It appears that there might be further selling pressure for ETH, as the supply of coins sitting on exchanges is currently at a three-month high.