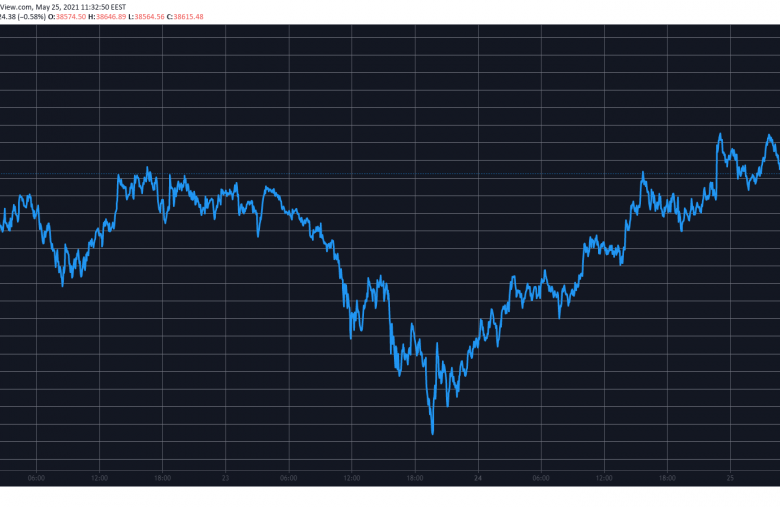 The cryptocurrency market continues to recover after the massive sell-offs, with bitcoin nearing $40,000 yesterday. The altcoins have pumped even harder with substantial double-digit gains for ETH, BNB, XRP, DOT, and more.

After struggling for a week and dumping to a low of $30,000, bitcoin has been gradually reclaiming its lost ground. As reported yesterday, the primary cryptocurrency climbed over $36,000 and stood there for a while.

The bulls kept the initiative going since then, and BTC pumped to just shy of $40,000. This came amid news surfacing that MicroStrategy’s Michael Saylor hosted a meeting between Tesla’s Elon Musk and the leading BTC miners in North America to form a Bitcoin Mining Council.

Although the cryptocurrency failed to breach $40,000 and has retraced slightly since then, it still trades above $38,000 and is over 5% up on a 24-hour scale.

The asset’s market capitalization has increased above $700 billion, and its dominance is at 43.5%. Nevertheless, this is a slight decrease for the metric comparing BTC’s market cap with all altcoins as they have surged even harder since yesterday.

All Green Among Altcoins

The alternative coins suffered even worse during the market-wide crash. However, most have charted impressive gains since then and especially in the past 24 hours. ETH is among the most substantial gainers after a 15% pump to over $2,600. Just a few days ago, the second-largest crypto bottomed at $1,700.

BNB has spiked by 18% since yesterday and currently stands around $350. The asset was down to just over $200 two days ago.

The cumulative market cap of all crypto assets has increased to $1.660 trillion. This means that the metric is up by $150 billion in a day and $440 billion since Sunday’s low.