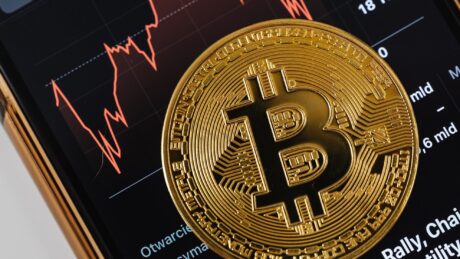 Over the past few hours, the price of bitcoin has deviated from a key level of support and fallen below $19,000. The transaction history reveals that many addresses purchased Bitcoin for more than $20,000. These market players would soon liquidate their holdings to prevent further losses, which would set off a decline toward $16,000

Due to major inflation worries and rate hikes indicated by central banks, particularly the US Federal Reserve, BTC has almost lost half of its value over the previous month.

Bitcoin’s market valuation has fallen from $1.27 trillion in November 2021 to under $366 billion at present.

Jerome Powell, the chairman of the Federal Reserve, reaffirmed the Fed’s commitment to raising interest rates in order to reduce inflation. He stated during the ECB meeting that the challenge of inflation was more concerning to him than the potential for rising interest rates to cause the U.S. economy to enter a recession.

“Is there a risk we would go too far? Certainly, there’s a risk,” Powell said. “The bigger mistake to make – let’s put it that way – would be to fail to restore price stability.”

Powell argued that the Fed needs to quickly raise rates because a gradual hike may give consumers the impression that increased commodity prices would not go away. He said that rate increases might be lessened before the next year.

Following Powell’s remarks, U.S. equity market futures declined, with those for the S&P 500 dropping 1.59% and those for the tech-heavy Nasdaq 100 losing 1.9%. Asian markets were down, with the Asia Dow index and Japan’s Nikkei 225 both down 1.54%.

On-chain data on CryptoQuant suggests that most traders are awaiting the next significant price decline. The price anticipation appears to be for a short-term opportunity, though.

On-chain data also implies that big whales are waiting for a good opportunity to accumulate cryptocurrencies, not only tiny and average traders. Data shows that, interestingly, whales’ holdings in Bitcoin are not now growing.

This demonstrates unequivocally that the whales are awaiting a better opportunity. Whales’ holdings between 100 and 1,000 and between 1,000 and 10,000 Bitcoins currently exhibit a flat line.