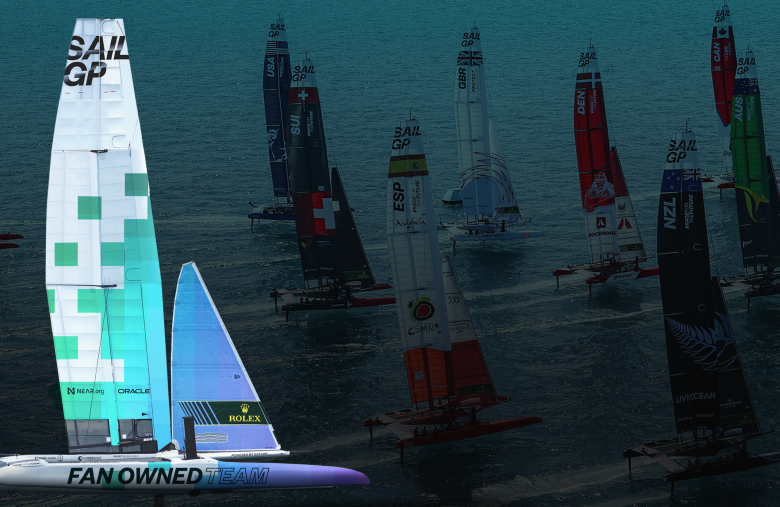 The new professional racing team is run as a decentralized autonomous organization, with token holders having a say in everything from team livery to athlete hires.

The first ever fan-owned SailGP racing team has opened its doors to investors.

Founded by Bernoulli | Locke, the new SailGP team will be run as a decentralized autonomous organization (DAO) on the NEAR protocol in which token holders have the right to vote on key decisions around the team’s operation.

Those decisions include everything from the team name, flag and boat livery, to selecting sponsors and athletes—and many team business decisions.

The new team DAO is now opening its doors to 1,950 accredited investors at: www.FanOwnedSailGPTeam.com; From one to 40 equity tokens may be purchased for $5,000 each at the site; the equity tokens grant proportionate governance and voting opportunities. Shortly, and in addition, FanPass NFTs NFT will become available, offering access to the new team’s community and governance, but not equity.

The DAO-owned team is aiming to be the tenth team in the SailGP league. It will debut in Season 4 of the competition, kicking off in June 2023 with the United States Sail Grand Prix | Chicago at Navy Pier and continuing around the world.

Sailing into the future

In March 2022, SailGP entered into a multi-year partnership with Near Protocol, paving the way for the launch of the fan-owned team. The launch of the DAO “breaks down the hierarchy of sport,” by democratizing access, said Near Foundation CEO Marieke Flament. She added that it “creates a blueprint for building a successful use case for Web3.”

The new fan-owned professional racing team team is based in the Bermuda and the Caribbean, and was created using a modified DAO structure on Near Protocol, a smart contract blockchain that’s designed as a next-generation platform for decentralized applications (dapps).

“Professional sport is about building a passionate fanbase, and as a tech-forward global league SailGP has leaned into Web3 to develop the future of fandom,” said SailGP CEO and co-founder Russell Coutts, calling the fan-owned team “the ultimate implementation of a loyalty program,” handing control over the team to “a passionate community of fans.”

Our goal is to have a vibrant community of owners and fans jointly sharing the journey of establishing and operating a global racing team,” said Bernoulli | Locke founder David Palmer.

Once the new team reaches a total of $35 million in funding, the offer will close.