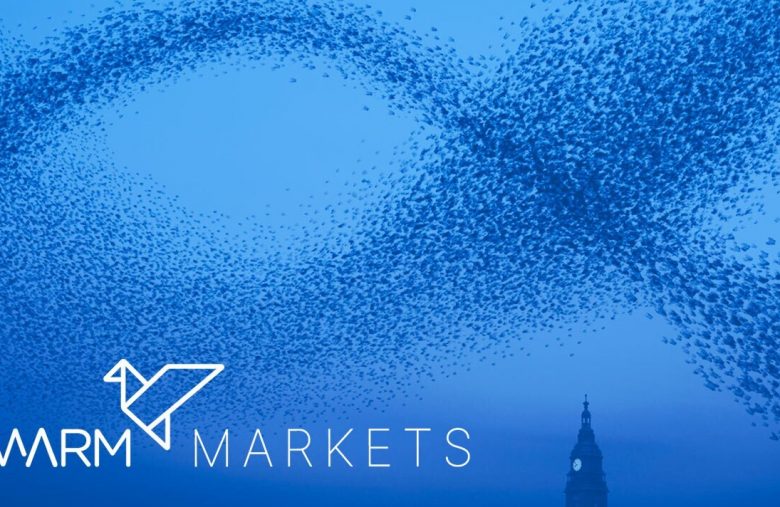 Swarm Markets, which operates the first regulated DEX in the world, announced it has become publicly available and accessible today. Swarm enables institutional and retail investors to trade crypto alongside securities. The public launch occurs against the backdrop of the value of $90 billion locked in DeFi platforms according to data of DeFi Pulse.

The global crackdown on unlicensed and unregulated crypto platforms has not affected Swarm Markets, which operates under regulatory license from the Federal Financial Supervisory Authority (BaFin) in Germany.

Swarm Markets is skating to where the puck is heading by having regulatory authorisation from a globally-recognised regulator from the outset. BaFin has been extremely forward leaning and provided clarity on how it will govern DeFi, giving entrepreneurs confidence that will allow a healthy market to develop with a regulatory approach. Regulators are starting to see the benefits of integrating traditional markets with blockchain technology, namely the transparency of transactions so regulators can lift the hood themselves and see what is happening in real time, reducing their reliance on companies reporting to them.

Swarm AML and KYC on par with the highest standards

Swarm uses the same KYC and AML protocols as banks and other licensed financial service providers, doing away with counterparty risk for users. Early platform adopters will benefit from bigger rewards for trading and adding liquidity. These are paid out weekly.

Holders of SMT, the Swarm Markets payment token, will receive boosts. The platform also reimburses gas fees on all liquidity- and trading-related transactions.

There are several layers of uncertainty that need to be addressed with regulation in order to build trust…our regulatory status means we can onboard new assets and participants into the DeFi ecosystem that others cannot. We believe assets on the Blockchain can be regulated to provide the same consumer protections as in traditional finance without sacrificing the benefits of innovation.  Our goal is to integrate traditional markets with Blockchain technology. Not only can existing market infrastructure be replicated on the Blockchain with greater efficiencies, but this technology will enable traders and asset holders to do more and have greater autonomy over the markets they want to participate in.

The platform currently offers Ethereum ETH/USD, SMT, Wrapped Bitcoin (WBTC/USD, and the stablecoins Dai and USD Coin. Almost 2,000 users have signed up for Swarm Markets’ liquidity provider program since it was launched in July this year, pledging over $100 million in aggregated assets.