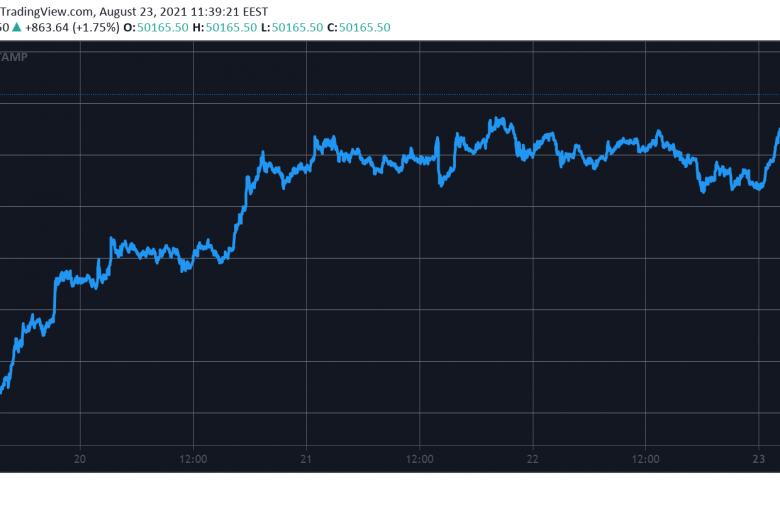 The crypto market cap has added $100 billion in a day as BTC reclaimed $50,000 and ADA painted another price record.

Bitcoin’s recent rally continued in the past 24 hours as the asset reclaimed $50,000 for the first time in more than three months. Some altcoins, though, have performed even more impressively, with ADA leading the pack. Cardano’s native coin charted yet another all-time high and has neared $3.

The day was May 14th, just after Elon Musk had begun criticizing bitcoin for using too much energy for mining. China’s crackdown was also barely starting, but the effects of both were already evident for the price of the primary cryptocurrency.

It dumped by more than $20,000 in the following weeks and stood there for a while. After the latest such drop below $30,000 on July 20th, though, the situation changed rather drastically.

BTC started to reclaim some of its lost ground rapidly, broke above $40,000, and kept going upwards. Most recently, it tried to overcome $49,000 on a few occasions, and yesterday came just $200 away from touching $50,000 but failed.

As reported earlier today, though, this particular level also fell as bitcoin spiked above it for the first time since the aforementioned date in mid-May. Consequently, the cryptocurrency’s USD value has increased by about 72% since the July 20th dump.

As of now, BTC still stands above $50,000, and its market capitalization has neared $950 billion.

The alternative coins have also performed well since the July crash. Ethereum has almost doubled its value in the month that followed as it reached a three-month high earlier today of $3,360.

Nevertheless, Cardano continues to gain the most from the top ten coins. ADA has surged by 8.5% again and charted a new all-time high at nearly $2.9.

Binance Coin, which has lost its positioning as the third-largest crypto to ADA recently, is trying to catch up. A 7% increase has driven BNB to a three-month high of its own at over $480.

The crypto market cap has registered a multi-month record as well. The metric is up by about $100 billion in a day to above $2.150 trillion.