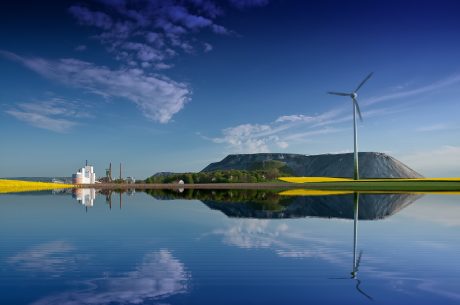 There’s seemingly a constant conversation, particularly with those involved in legacy financial institutions, about how cryptocurrency can be – to a certain degree – “de-risked.” Can government mining, or merely taxation structure, address this?

While many traditional financial players that are not crypto-first, but are crypto-adjacent (take Visa as a prime example) are relying on the use of stablecoins like USDC as their main pillar of transactions, there are other conversations happening about how crypto risk can be managed.

Government bodies are always looking to get a piece of the pie; a large pitch of the state-by-state legalization of marijuana or sports gambling throughout the U.S. was the substantial tax revenue that states wouldn’t be seeing otherwise. In fact, just last month the Wall Street Journal published a piece outlining how governments across the globe are getting more involved in mining royalties and taxation, including a new silver and gold tax for mines in Nevada that went into effect last month. Taxation is the root of the domestic discussion around crypto for U.S. policy as we speak.

Government Mining: Is It Feasible?

Feasibility is of course, the first question to come to mind. Would governmental bodies have the capacity and know-how to truly execute crypto mining? The red tape is flowing.

However, some argue that in fact, Bitcoin (and broader crypto) mining is becoming more and more adjacent to the likes of utilities and traditional mineral mining. Independent investment writer Natasha Che argued that indeed, crypto mining could be “the easiest way to de-risk Bitcoin.” Che makes some apt comparisons between the industries at that, noting that all of the aforementioned categories:

The same applies for utilities like gas, water, and electric as well. For many regions across the globe, there are more publicly-owned utilities than privately-owned ones, Che shows.

The final point Che presents is that arguably the most intensive resource needed to mine Bitcoin, or any crypto really, is capital. “From both revenue and public-good motives, there are strong reasons for governments to get into the game, by either increasing taxes and royalties on miners, or by owning mining facilities directly,” says Che.

Feasibility aside, the biggest pushback here from long-time crypto advocates has been that this arguably runs against Bitcoin’s very decentralized nature. However, with increased exposure and adoption over time, some degree of the discussion here is inevitable.

As the old adage goes, “life, death and taxes.”

Bitcoin and crypto taxation has been a focal point in domestic legislative discussions in the United States recently. | Source: BTC-USD on TradingView.com

At the core of the broader mining and geographic discussion is of course, the long-time dependence of miners existing across China. However, the tides seem to be turning given China’s policy shifts towards mining, as our team covered just last week. Before China’s substantial crackdown, however, the share of miners throughout the country was already on the decline.

Shouldn’t governments be looking to take advantage of what is seemingly an open door for a strong geographic distribution of crypto miners? Despite no substantial discussions domestically about crypto mining on a government level, there has been an increase in U.S. miners during the departure of miners from China. Arcane Research found that from September 2020 to April 2021, U.S. Bitcoin hashrate increased roughly four-fold, from 4.1% to 16.8%.

Many would argue that government involvement in mining could allow for better usage of clear energy to mine, better processes and opportunities, and more – at the expense of taxation to government bodies.

Despite the apparent radio silence from most federal and state legislatures, government controlled funds could be holding an open door to crypto: earlier last month, our team also wrote about the New Jersey Pension Fund investing in two Bitcoin mining behemoths – Riot Blockchain and Marathon Digital Holdings. Furthermore, Wyoming state representatives have been vocal about being as crypto-friendly as possible. State senator Cynthia Lummis has been one of the loudest pro-crypto political figures recently, tweeting last month that “if you are in the #bitcoin mining space, please reach out. We WANT you in Wyoming.”

Of course, we can’t forget about the tech and crypto hub that is constantly in the conversation too – Miami, FL.

Could state-managed pension funds in the U.S., and broader political advocates, be the first entry for more formal governmental integration with crypto mining? Possibly, but we’ll need to hold our horses until at least more mainstream crypto ETFs find their way to mainstream markets (which are currently in the works).

Even then, we’ll likely still have more miles to cover down this path. Arguably the biggest question mark around it all? How does this impact risk levels compare to past and present days? There’s no hard and fast answers here, though many believe that with increased acceptance, institutional buy-in, and a splash of governmental regulation, mainstream cryptos will likely see more “de-risking” as reliability on them increases.