How to find opportunities in a bear market 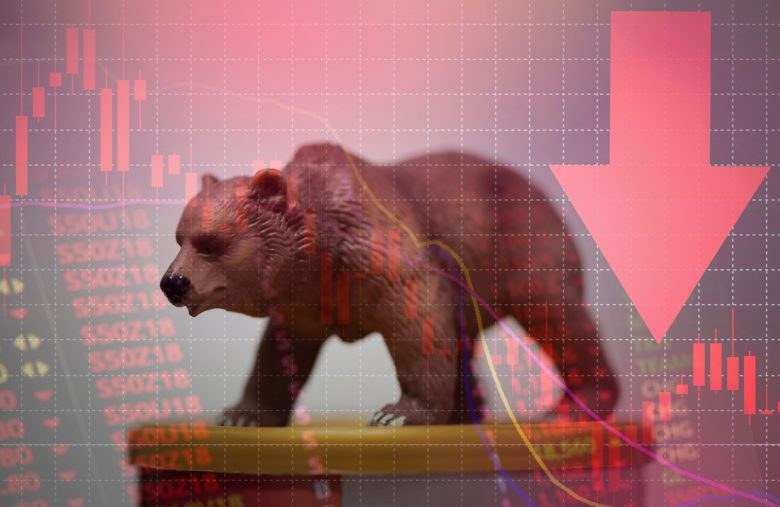 There’s no doubt that the bear market is here and has impacted the whole industry. How should you ride out the downturn?

Since April, the cryptocurrency market has been in a severe downturn.

Bitcoin is down by 70% from all-time highs, while Ethereum is down 80%. Whole ecosystems, like Luna, have been obliterated, and dozens of altcoins and GameFi tokens have lost nearly all their value.

Investors can achieve passive returns in a bull market by simply investing in beta to follow the general trend. But in bear markets, it doesn’t work. Amid these conditions, we need to use alpha investing to find investment opportunities.

How to invest in DeFi in a bear market

DeFi copies almost all traditional finance models, from lending to financial derivatives. The main difference between DeFi and traditional finance projects is the use of smart contracts, more transparent information on the chain and the minting of its token as an incentive.

Therefore DeFi has many of the characteristics of traditional finance, but it lacks strong regulation leading to high price fluctuations. DeFi doesn’t have more real-world use cases outside of making more money on crypto, and most people find it difficult to onboard. Therefore, user growth has stalled after an initial boom in interest.

According to data from Footprint Analytics, DEXs don’t remain the top category within DeFi by TVL, and its market share declined 40%to 27%. Lending projects have been obliterated, dropping from second place at 20% to 8%]. Assets and Bridge projects now occupy 31% and 12% of the market.

1.Use a Dollar Cost Average strategy

Dollar-cost averaging refers to allocating an equal amount of money and investing it regularly. It contrasts with trying to time the market, selling at highs, and buying at lows.

We cannot tell when a token will hit bottom in the current macro environment. So, it makes sense to put dollar cost average into projects you believe will survive long-term. While steadily investing regular sums of cash is less profitable than making perfect swing trades, it is safer.

FOMO emotions due to high cryptocurrency volatility make it difficult to make good decisions, especially in bear markets, so using stablecoins is a relatively low-risk investment option. There is no shortage of investments in stablecoins on both Lending and DEX platforms, and a LP formed with a stablecoin also protects against impermanent loss. While stablecoins have more use cases and less volatility, it is important to remember that they also have risk.

According to Footprint Analytics, the plunge has caused a precipitous drop in TVL for Curve, DeFi’s largest stablecoin DEX platform. This shows that stablecoins aren’t so stable after all, so invest cautiously.

How to invest in GameFi in a bear market

Data from Footprint Analytics shows that GameFi’s unique users grew to a crescendo in late 2021, peaked again in January, and then oscillated downward. A more significant drop occurred in late May, with a gradual decline in new users. On June 8, there were 65,000 new users and 606,000 unique users, only 30% of the peak.

GameFi 1.0 is rapidly developing, and the most common feeling among players is boredom. The current games are less playable, and most of the projects only use tokens as a reward mechanism to attract many mining and selling players. The project period is basically only a few months.

Choosing a project to invest in among many GameFi projects is difficult. It’s an excellent way to evaluate the project in terms of project popularity, new player growth, retention of old users, and token issuing.

For example, many users liked StarSharks early model, and a large number of users joined the project.

However, the rapid influx of users caused the token to be overminted, and token inflation led to a price drop. When the project owner realized the problem and removed the rental marketplace, user data also fell off a cliff, no longer able to attract new users, and the token price fell into a death spiral.

The drop in StarSharks is also evident in the retention rate, with only 1.7% of users who entered the game in April staying on. The old users in the previous period have been lost, and only those who entered in December last year still have 6.1% retention, presumably because these users have NFT at a lower cost and now have basically returned enough capital, and the output after that is pure income. Therefore, it is imperative to choose the right time to enter.

In addition to paying attention to the macro situation of the overall market, macro-control by the project is also important. Although this is contrary to decentralization, effective control at an early stage can prevent token prices from surging and plummeting, allowing the project to grow more permanently. Therefore, it is crucial for users to pay close attention to the project’s dynamics, such as the project’s comms or organized activities in the community, to be able to understand the future direction and make the right actions before changes occur.

As GameFi bottlenecks, some traditional developers are moving into the world of blockchain, and VCs have been working on 3A games for a long time, with Illuvium, the most famous of them, gaining a lot of attention and a token price of $1,800 at its peak.

Although the development cost of 3A games is high and the period is long, the games’ beautiful graphics and rich playability will attract more players who value the intrinsic value. Whether they can break the spell of the death spiral can wait for the games’ performance online this year.

Investment in a bear market should not only be pinned on speculation but also on finding such valuable games. There is no doubt about the development ability of traditional game developers, but whether they can adapt to blockchain and make games suitable for cryptocurrency users also needs to pay attention to their economic models.

StepN brought the X-to-earn model to the forefront and was even once thought to be the way out of the death spiral. However, with a series of negative news, it became apparent from June that StepN’s withdrawals exceeded deposits on the BSC chain, and the token dropped all the way.

Whether or not StepN’s attempt is successful, the X-to-earn model will be an area of attention in the short term. It is critical to see more and choose carefully, analyze the project’s own value advantages, and enter at the low point of the early stage of the project to minimize the risk of being trapped.

Traditional finance investors use insider information to outperform retail. While this still happens in crypto, blockchain data is open and transparent, which allows those who study the data to narrow the gap.

After understanding the macro trend, you should participate in community events to keep up with information, study on-chain data, then be cautious in making judgments but act quickly when doing enough research.