Institutional Demand for Bitcoin and Ethereum Runs Out of Steam: Analysis 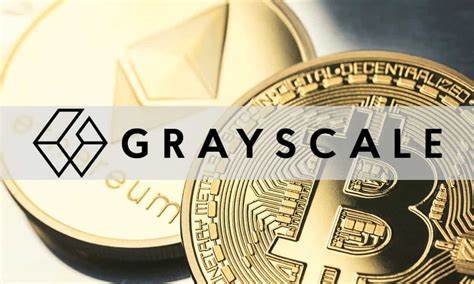 The report stated that one of the largest factors in the institutional narrative has been the one-way flow of crypto assets into Grayscale’s GBTC trust fund. Traders sought to arbitrage the high premium observed in 2020 and early 2021, it added.

#Bitcoin has held onto support this week, absorbing yet another capitulation, and likely sell-side pressure from miners.

#Bitcoin has held onto support this week, absorbing yet another capitulation, and likely sell-side pressure from miners

Read more in The Week On-chainhttps://t.co/fK3SA55jjv

It continued to report that since February, the GBTC product has reversed to trade at a persistent discount to net asset value (NAV). It dropped to the deepest discount of -21.23% in mid-May. This discount has continued to close up following the market selloff and is currently around -5%.

“Between observations of the GBTC premium, net outflows from the combined Purpose and QBTC ETFs, and a stagnant Coinbase balance, institutional demand appears to remain somewhat lackluster.”

In a related report by institutional asset manager CoinShares, it was reported that Bitcoin outflows had actually slowed down over the past week.

Total Bitcoin outflows across all funds had slowed to just $1.3 million, down from $89 million for the previous week. Some funds, such as Grayscale, actually saw minor inflows of BTC, suggesting mixed sentiment for Bitcoin amongst investors, the report noted.

The fund manager’s total AUM is currently $30 billion, of which 74% or $22.4 billion is in its Bitcoin trust product.

06/28/21 UPDATE: Net Assets Under Management, Holdings per Share, and Market Price per Share for our Investment Products.

A record $50 million, up from the $1.9 million that exited ETH-based investment products the previous week.

The massive market downturn, which began in mid-May and has knocked 43.5% off the total market cap, has resulted in major outflows from all digital asset investment products. A fourth consecutive week of outflows totaled $44 million exiting the space.

At the time of press, Bitcoin was trading up marginally on the day at $34,750, according to CoinGecko. It had bounced off $30K support at the weekend, turning analysts bullish again but has failed to make any significant progress above current levels.

Ethereum is doing much better today, with a 7% increase to hit $2,115 at the time of writing.