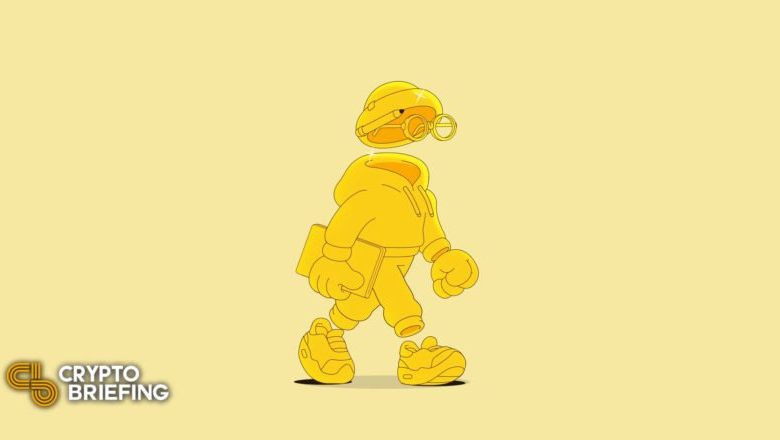 The artwork for Invisible Friends hasn’t even been revealed yet—but that didn’t stop hungry speculators rushing to buy into the collection at a huge mark-up on OpenSea.

The highly anticipated Invisible Friends NFT collection launched last night. Though the artwork is yet to be revealed, NFTs were soon trading at a 5,000% mark-up on the secondary market. A special edition piece from the collection also sold for nearly $1.3 million, with the proceeds set to go to charity.

One of the most anticipated NFT drops of the last few months has gone live.

Invisible Friends launched with a 0.25 Ethereum mint price available to wallets on an early access list last night and the NFTs quickly soared on the secondary market. Although the artwork for each piece is yet to be revealed, they were trading as high as 15 Ethereum on OpenSea, which is a mark-up of over 5,000%. The floor price for the collection has since declined to around 8 Ethereum, and over 9,200 Ethereum has been traded on OpenSea so far.

Golden Friend, a special edition unique piece from the Invisible Friends Specials collection, also sold at auction for 496.69 ETH worth nearly $1.3 million. The proceeds from that sale will go to the RCC charity fund, and the winner of the Golden NFT will receive token IDs two through six from the main collection of Invisible Friends.

Invisible Friends was one of the most talked about NFT collections of the last few months. It had amassed 500,000 Twitter followers ahead of the launch. It was created by the popular Swedish animator Markus Magnusson and is part of the Random Character Collection, a group behind other prominent NFT projects like Slim Hood and Mood Rollers.

The project says that it’s “hiding in the Metaverse.” Each of Magnusson’s 5,000 animations in the NFT collection features an invisible character with the intention of drawing focus to the character’s clothing and gait. In a High Snobiety interview this week, Magnusson said that Invisible Friends was “for people who are still kids at heart. People who just wanna have a bit of fun on the Internet.”

While Invisible Friends was a particularly anticipated drop, the NFT market as a whole has been booming in recent weeks following on from its entry into the mainstream in 2021. While the wider market has seen a dip in fungible crypto assets, daily transfers for NFTs are nearing all-time highs, with OpenSea hitting $5 billion in sales last month.