Is a Cardano-Ethereum bridge likely to stoke their rivalry even further? 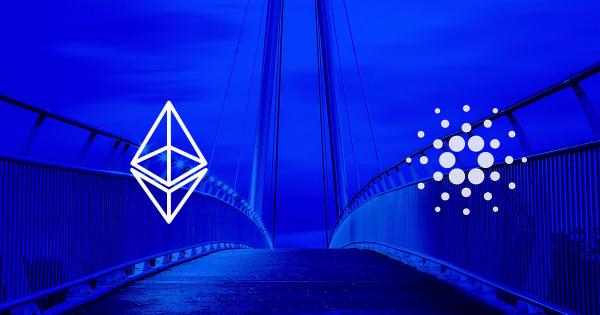 Bondly Finance says the bridge will lead to NFT creators getting a better deal.

Bondly Finance has announced the rollout of a cross-chain bridge to connect the Cardano and Ethereum blockchains. What’s more, the firm estimates the bridge will be ready by early 2022.

Blockchain bridges are a solution to link previously siloed chains. By enabling different blockchains to work together, developers can build on each other’s protocols and harness the strengths of the other chain.

While cross-chain bridges are generally considered a positive for all parties involved, considering the rivalry and philosophical differences between Cardano and Ethereum, might the Bondly bridge benefit Cardano more than Ethereum?

Who is Bondly Finance?

Bondly is primarily known as a decentralized swap protocol with a particular focus on NFT technology. They see non-fungibles as the way to foster fan engagement.

“We execute every step of the process to bring authenticated digital-first goods to the market in music, entertainment, gaming and collectibles with a suite of products and services designed to support the entire blockchain ecosystem.”

A tie-in with Cardano developers IOHK was first announced in December 2020. But the tweet didn’t specifically mention bridging with Ethereum. Instead, it spoke of utilizing smart contract functionality to enable DeFi.

We're partnering with @BondlyFinance, which will be the first DeFi project enabled on #Cardano as a part of the roll-out of our smart contract functionality. Our partnership will be a huge step in continuing both companies’ mission to bring decentralized finance to the masses.

As part of the collaboration, Bondly is also expanding the availability of its $BONDLY token to Cardano. News on when that will happen has yet to be announced.

$BONDLY initially launched on the Polkadot network. But a contract hack in July 2021 led to a redeployment of tokens to Ethereum, BSC, and Polygon, which invalidated the attacker’s stolen $BONDLY tokens.

Will Ethereum lose out to Cardano?

Fast forward to now, and Bondly says the Cardano Ethereum bridge will enable NFT creators to move their projects to the energy-efficient Cardano chain.

“Development of the bridge, which marks the first project of the partnership, will allow NFT creators to easily move their NFTs from the energy-intensive Ethereum blockchain to Cardano.”

Commenting on the bridge, Bondly CEO Harry Liu said it “marks a pivotal moment in the transition from legacy blockchain technology to one of the most hotly anticipated ‘third generation’ networks.”

Taking these words at face value, it appears as though Liu sees the bridge as a way to escape the problems associated with operating on Ethereum. This runs counter to bridges generally being used to foster greater integration between chains.