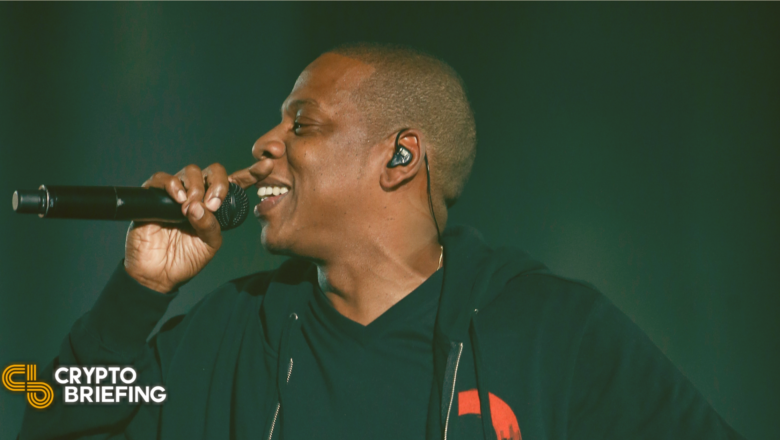 The artist Derrick Adams has created an NFT based on Jay-Z’s iconic debut album “Reasonable Doubt.”

Shawn “Jay-Z” Carter is the latest celebrity to join the NFT craze.

Sotheby’s and Roc Nation will auction a one-of-a-kind digital portrayal of the cover for Jay-Z’s debut studio album “Reasonable Doubt.” Roc Nation is an entertainment company founded by Jay-Z. Derrick Adams created the artwork, titled “Heir to the Throne,” with Jay-Z’s permission.

Sotheby’s, founded in London in 1744, is one of the world’s largest brokers of antiques and valuable collectibles. The company has also started selling NFTs, recently hosting a collection called “Natively Digital” dedicated to the art format. The collection featured a rare Alien Punk from the Larva Labs CryptoPunks series, and the auction house is currently selling a further five “Punks on Paper.” Interestingly, Jay-Z’s Twitter avatar now features a photo of Punk #6,095, leading to speculation that he may have purchased the original NFT. It was last sold for 55 ETH in April.

The NFT release with Sotheby’s comes as Jay-Z celebrates the platinum anniversary of his debut album. Prior to the Sotheby’s announcement, another of the album’s stakeholder, Damon Dash, attempted to sell the rights for the album as an NFT. A New York Federal judge halted the auction following a complaint from Roc-A-Fella.

Besides his achievements as one of the greatest rappers of all time, Jay-Z is also a successful businessman, owning a record label, talent agency, and fashion brand. He recently invested $20 million in an online music streaming service, TIDAL.

Outside of NFTs, Jay-Z has also had some involvement in Bitcoin in the past. Earlier this year, he joined forces with Twitter founder Jack Dorsey to launch an endowment called ₿trust to fund Bitcoin development. The pair contributed 500 BTC to the project, worth $23.5 million at the time.