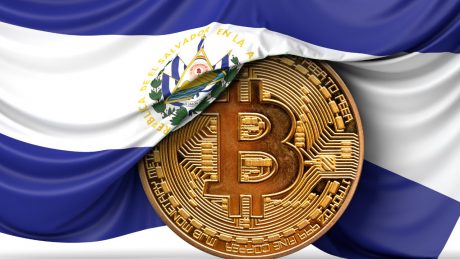 El Salvador has now marked its 10th day of bitcoin being legal tender in the country. This is a huge milestone that could not have been predicted to happen this soon. But as with bitcoin, everything is happening on an accelerated timeline. The country had introduced its own government-backed crypto wallet named Chivo in order to enable its citizenry to spend bitcoin in the country.

The adoption of this wallet was incentivized by the El Salvadoran government, which said that it was giving away $30 in BTC to every citizen 14 and above who downloaded the Chivo app. This announcement had come about a month before the law went into full effect and as of September 7th, El Salvador became the first sovereign nation to accept a cryptocurrency as legal tender.

One important point remained if the citizens of the country would actually assimilate into using bitcoin as a way of buying and selling. This is because BTC is not the only legal tender in the country. It operates alongside the U.S. dollar, which is already familiar to the residents. According to a recent tweet by President Nayib Bukele, it looks like El Salvadorans are adapting to using the crypto as legal tender just fine.

The president took to his Twitter account to announce that 17% of the country had now downloaded the government-backed Chivo wallet. This number translated to about 1.1 million citizens who have already downloaded the wallet.

This comes only 10 days after the country had officially started using BTC as legal tender. The president added that this number was despite the fact that 65% of all of the smartphones in the country do not support the wallet. Yet they were recording an impressive number of downloads.

El Salvador might not be seeing the smoothest transition to using BTC as a legal form of currency in the country but the current numbers show that its citizens are adjusting to the new normal. The $30 incentive for downloading the wallet is paid after a user registers and confirms their identity on the app.

Paying with bitcoin in El Salvador is getting easier as outlets implement bitcoin payments. Big franchises like McDonald’s and Starbucks have already begun accepting bitcoin payments on “Bitcoin Day.”