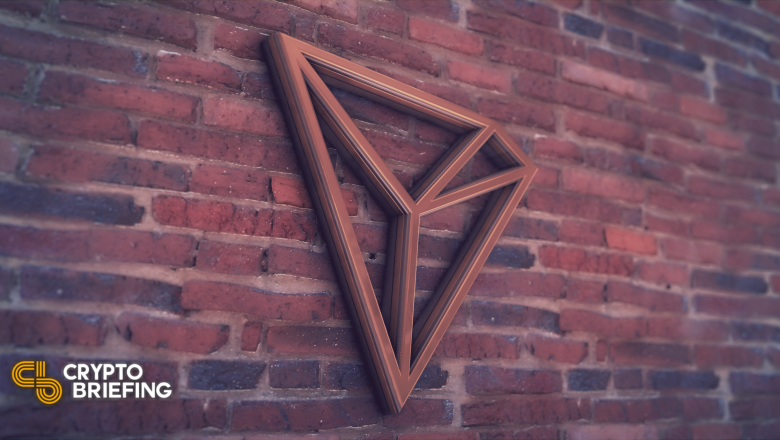 Justin Sun, the founder of the TRON blockchain, is setting up an NFT fund.

Sun posted an open letter on the TRON Foundation blog and his personal Twitter earlier this morning, outlining his plans to capitalize on the rapid growth of the NFT market.

(1/2) I'm thrilled to announce to you all the official establishment of the #JUST NFT Fund and the Plan to hire a top tier artist as the chief NFT advisor of JUST #NFT Fund.

Join us now in the marvelous adventure navigated by JUST #NFT!https://t.co/WCh7rSTfxn pic.twitter.com/q4J0nmQ8Di

He said that the fund hopes to be “the ARK Funds in the NFT space to register world-class artworks as NFTs on blockchain.”

Sun went on to say that the fund would target art pieces worth at least $1 million and with a median value of $10 million because those are the most likely to “stand the test of time.”

The fund will feature major art players, including affiliates of Christie’s and Sotheby’s. According to his Twitter post, the fund will also take on a “top tier artist” for a Chief NFT advisor role.

The announcement marks the latest in a series of clear moves from Sun to engage with the NFT market.

Earlier this month, rumors circulated that Sun had won the auction for Beeple’s show-stopping $69.34 million piece sold at Christie’s. Sun later took to Twitter to explain that he’d narrowly missed out after making a bid of $60 million, losing out to MetaKovan in the final few seconds.

He then paid $6 million for Beeple’s “OCEAN FRONT,” which was sold as part of a carbon-neutral NFT event last week. Sun said that the piece “will be mapped at 1:1 to the TRON network” as JUST NFT’s first featured piece.

NFTs in the Spotlight

Most NFTs are minted on Ethereum today, which explains Sun’s plans to map the artwork on TRON. It’s possible that by launching the fund, he hopes to see more NFTs surface on TRON.

The phrase “NFT” was coined by the Ethereum community to describe non-fungible tokens, meaning those that are unique from one another. Crypto assets like BTC and ETH are fungible assets; one BTC is not interchangeable with another. In the digital art world, NFTs are a useful way of recording the rarity and ownership of a piece of artwork.

Due to some parts of the NFT market’s highly speculative nature, detractors have characterized certain parts of the space as a cash-grab. Sun, too, has been criticized for his motivations within the blockchain industry. Many have accused him of copying Ethereum’s whitepaper for his TRON project, along with other scandals.

Still, based on the JUST NFT announcement, Sun seems to believe NFTs have a bright future. The post concluded:

“The emergence of NFT-backed artworks ushers NFT-based art into a new, spectacular chapter of human art history with JUST NFT Fund being the prologue.”