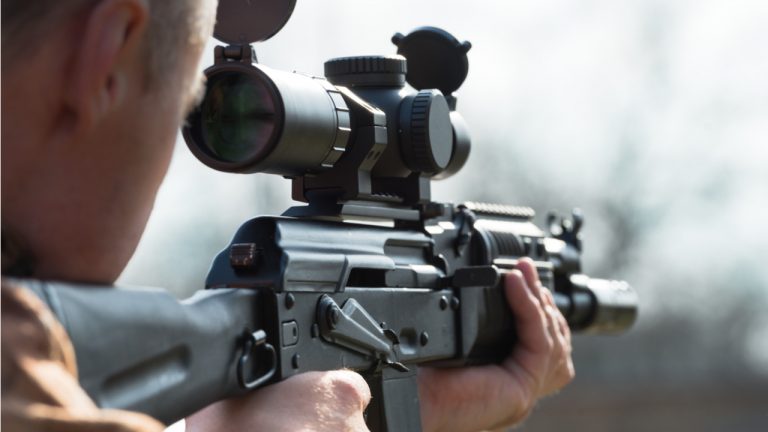 Kalashnikov Group, the Russian firearms manufacturer, is ready to transition to settlements in digital currency. The announcement came from the international economic forum in Saint Petersburg where the central bank of Russia reaffirmed its intention to replace “dirty” and “infectious” paper cash with the digital ruble that’s currently under development.

The leading Russian gunmaker, Kalashnikov Group, would like to switch to digital currency settlements, owner Alan Lushnikov said during the St. Petersburg International Economic Forum. The event held annually in Russia’s second-largest city gathers government officials and business leaders from well over 100 countries who discuss ways to overcome economic barriers between their nations and the Russian Federation. Quoted by TASS, Lushnikov stated:

What we would expect the banking system to do is to switch to a non-banking system of settlements. Digital currencies are spoken about all the time. This is what we very much need.

A digital currency system would not be linked to SWIFT, the international bank messaging network, and wouldn’t be controlled by bankers, emphasized Alan Lushnikov who has in the past served as deputy minister of transport. Russia, which is under Western sanctions over the annexation of Crimea and Moscow’s involvement in the Ukrainian conflict, has been threatened by the EU and the U.S. with disconnection from the interbank payment system.

Dozens of central banks around the world are working on projects to issue national digital currencies, including those of China, the United States, and the Eurozone. Bank of Russia is preparing to unveil a prototype of the digital ruble towards the end of 2021. Commenting on the matter, its deputy governor Olga Skorobogatova said in December that the development of central bank digital currencies (CBDCs) can render obsolete traditional banking systems such as SWIFT.

Cash, as we know it today, is a fading technology, according to Skorobogatova’s colleague, First Deputy Chairman of the Bank of Russia, Sergei Shvetsov. Within a few decades, paper money will be considered marginal and will eventually be replaced by digital currencies, the high-ranking official said at the Saint Petersburg forum. He was quoted by TASS noting that cash is not just “dirty,” but can also spread infections, in the light of the ongoing Covid crisis:

Shvetsov noted that the coronavirus pandemic has contributed to the abandonment of cash. In his opinion, even now paper banknotes are mostly used either to serve the “gray business,” or in the absence of alternatives allowing non-cash payments.

“I think that someday, in 20 to 30 years, cash will be marginal. The digital ruble should replace it,” the deputy governor elaborated, stressing that the Bank of Russia is yet to take a final decision on the project’s future. And the speed of its development would depend on the “technological preparedness,” Shvetsov pointed out.