Man who claims to have invented Bitcoin wins U.S. trial, gets to keep Bitcoin worth $50B 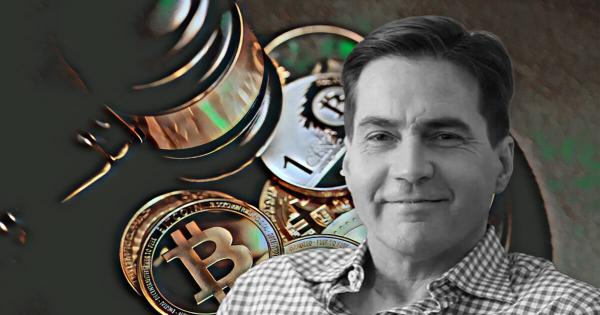 Craig Wright who claimed to have invented Bitcoin has won a U.S. trial that allows him to keep Bitcoin worth $50 billion.

Craig Wright, an Australian computer scientist who gained mainstream exposure by claiming to have invented Bitcoin has just won a major court case that allows him to keep BTC worth $50 billion.

The jurors of Miami have ruled in favor of Wright, saving him from paying his former business partner half of the Bitcoin stash over assertions involving Wright betraying his deceased business partner Dave Kleiman

Wright was embroiled in a Miami civil case that brought him under direct conflict with the family of his former deceased business partner and computer forensics expert Dave Kleiman. The prosecution contended that Kleiman was a co-creator of Bitcoin along with Wright and was entitled to half of Satoshi’s speculated fortune. The prosecution also claimed rights to the intellectual property of cryptocurrency.

Approximately 1.1 million Bitcoin was at stake, half of which were supposed to be paid to Kleiman. These were the first Bitcoin to be mined and could only be held by the person who was directly involved with the cryptocurrency since the beginning.

The federal jury in west palm beach in Miami ruled in favor of Wright and concluded that there is no additional need to pay 1.1 million Bitcoin to Kleiman’s estate. The jury came to this verdict after studying the case for weeks, analyzing intricate proceedings of the cryptocurrency system and their ambiguous origin.

“This has been a remarkably good outcome, and I feel completely vindicated,” Wright said in a video that he posted on Twitter.

However, Wright was ordered by the jury to compensate $100 million to W&K Info Defense, a joint partnership venture that was formed between Wright and Kleiman. The money will directly be deposited into the official company account.

“We are immensely gratified that our client, W&K Information Defense Research LLC, has won $100,000,000 reflecting that Craig Wright wrongfully took bitcoin-related assets from W&K,” a counsel for W&K further added.

Wright told the media that he will not file another appeal in court, signaling the end of a long legal battle that has been continuing for years.

In 2018, the estate of Dave Kleiman reprimanded Wright claiming that he breached a business partnership that stated both men as the inventors of cryptocurrency Bitcoin.

The estate further argued that both the men mined over 1 million Bitcoin under the name of Satoshi, but Wright took advantage of the predicament after Klieman’s death in 2013 and seized the entire amount of Bitcoin without lending half of it to his deceased business partner