Metaverse Land Value Is Dropping – Should You Buy Now? 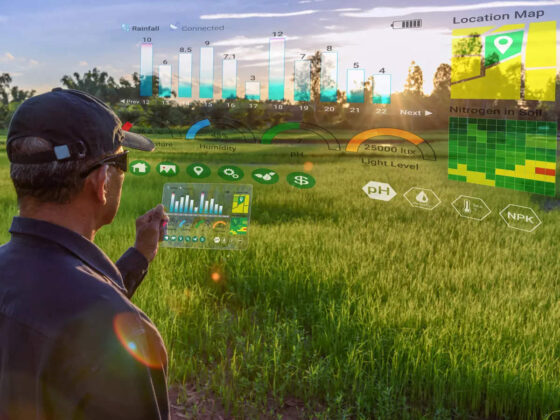 Metaverse land prices have been falling for weeks. But could this be an opportunity to buy?

Land prices in Otherside, the most popular metaverse project of recent times, have lost 15% of their value recently.

Similarly, the prices of other metaverse plots with a high market value are also decreasing. These include projects such as The Sandbox (SAND), Decentraland(MANA) and Axie Infinity (AXS).

Just as Metaverse land prices are falling, many cryptocurrencies are also depreciating. For example, ETH is trading at around $2,300, after an all-time high of $4,800 in November of 2021.

At the end of 2021, Facebook changed its name to Meta. By introducing the new virtual universe project, Mark Zuckerberg aimed to slow the decline in Facebook.

Zuckerberg’s move initially caused the prices of blockchain metaverse coins to jump. Projects such as The Sandbox, Decentraland, Enjin (ENJ), CEEK, Bloktopia (BLOK) and Pavia managed to increase in value during this period. But then, Zuckerberg’s announcement of a loss of nearly 3 billion dollars by the Meta project hit the news. It did not bode well for virtual land prices.

NFT-focused projects performed successfully in the first quarter of 2022 as well. A large number of NFT collections produced in the Ethereum ecosystem managed to make a profit for their investors during this period. However, the vast majority of NFTs generated on Solana and other networks have lost value.

Metaverse land prices: Why are they falling?

The current fall in Metaverse land prices is primarily due to the general decline in the market. However, before this decline began, the land prices of multiple projects were already starting to head south.

Axie Infinity, the metaverse project with the highest transaction volume at the beginning of the year, was shaken by the fact that many players left the project after a huge cyber attack. Even after announcing that they would fix $650 million in damage, Axie developers failed to keep the players on the platform.

When Will the NFT Bull Season Arrive?

Bitcoin has now been dragged to the $30,000 band. This depreciation in BTC has led to sharper losses in NFT-focused projects. Altcoins like SAND, MANA, and AXS also have lost an average of 40% in the past month.

Otherside plots went from 2 ETH to an all-time high of 7 ETH, before falling to around 4 ETH.

The Sandbox land prices have lost 11% recently. SAND plots are being offered for sale on NFT markets like OpenSea and LooksRare for as low as 1.19 ETH.

Decentraland plots are marketed in the platform’s official sales area and popular NFT outlets. The cheapest Decentraland land is around 3,800 MANA or around $5000.

Pavia plots operating in the Cardano (ADA) network are offered for sale at 300 ADA in the jpg.store marketplace.

Even while prices fall, major financial companies such as Ark Investment and Morgan Stanley claim that the gaming and blockchain industry will be among the fastest-growing sectors in the next decade. A study by Ark Invest predicts that GameFi projects will be used as new social media tools.

Is it time to buy?

Large corporations and institutions are still buying up virtual land. Why? Because digital real estate will give brands a space to sell their wares to their customers in the metaverse. While branding and selling in this new space is still appealing, the fall in land prices maybe just be a dip, and prices may just resume their upward trajectory soon enough.