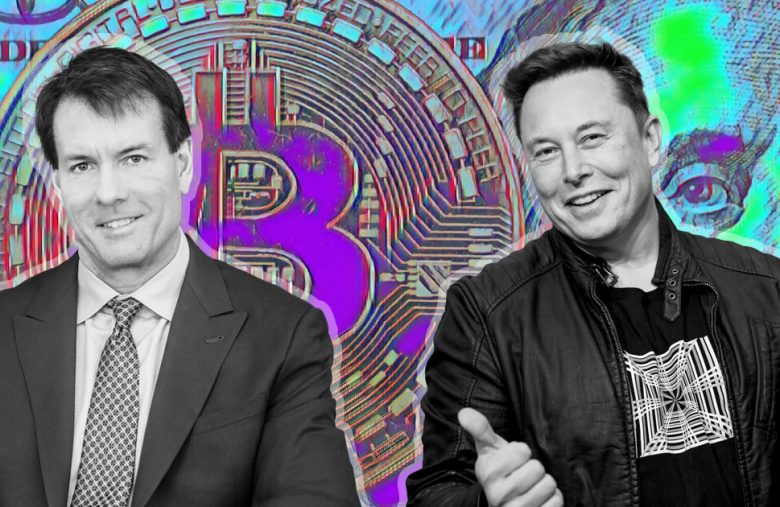 Without disclosing any further details, MicroStrategy’s Michael Saylor said in a recent interview that his conversations with Tesla’s Elon Musk influenced the latter to buy $1.5 billion worth of bitcoin in January.

Additionally, he also noted that BTC’s revolutionary technology had caught the world by surprise, which is why so many people outside the industry had issued accepting it.

News broke in February that the electric vehicle giant, Tesla, had used funds from its balance sheet to buy $1.5 billion worth of the primary cryptocurrency. That massive milestone in bitcoin’s adoption cycle came after a long and controversial history between BTC and Tesla’s CEO – Elon Musk.

Interestingly, though, just a few short weeks before the purchase was made, Musk had a brief Twitter conversation with the founder and CEO of MicroStrategy – Michael Saylor.

Saylor has become among the most prominent BTC advocates in recent history. He advised Musk about making a “$100 billion favor” to Tesla’s shareholders by converting TSLA balance sheet from the US dollar to bitcoin.

Musk asked if such large transactions are even possible, to which Saylor provided one of his billion-dollar worth BTC purchases as an example that they are.

During a more recent interview with Time, MicroStrategy’s CEO emphatically said that he believes that the Twitter conversation had impacted the decision made by Tesla and Musk.

Nevertheless, he refused to provide more details regarding any offline conversations as “it’s against business etiquette.”

Being a relatively new and disruptive concept, bitcoin is prone to be dismissed by representatives of the traditional financial world. In the past, Warren Buffett called BTC “rat poison squared,” JPMorgan’s Jamie Dimon said it was “fraud,” and even Michael Saylor was a skeptic.

While most have admitted they were wrong, and Dimon even publicly apologized, Saylor believes that such comments are somewhat expected.

“I just think it’s a paradigm shift, so you can’t blame smart people. They are all smart, and they were all successful. But if you go back and you look at electricity, not every smart, successful person immediately understood the implications of electricity in the first 24 months after they heard of it.

Thomas Kuhn said when you come up with a new paradigm, a completely utterly revolutionary way to see the world, the establishment doesn’t normally accept it. And you need a new generation to accept that unless there’s a war, unless you have an extreme experience that forces you to embrace a new idea.”