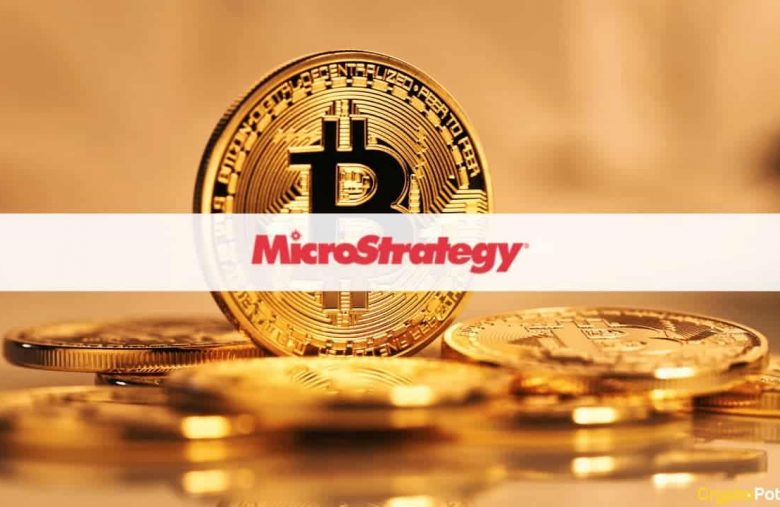 There’s a rumor swirling that MicroStrategy is poised to sell off. Here’s why blockchain analysts say the rumor is wrong.

After an exuberant risk-on rise in Bitcoin’s price Tuesday, a retracement since Wednesday wiped out most of the gains. Traders blame Tesla’s Q2 earnings report.

Bitcoin prices hovered around the $20K level since mid-June. Markets are watching closely to see what bitcoin whales will do next. Tesla reported dumping 75% of its bitcoin Wednesday. As a result, markets got nervous and erased Tuesday’s gains.

“The reason we sold a bunch of our bitcoin holdings was that we were uncertain as to when the Covid lockdowns in China would alleviate so it was important for us to maximize our cash position. This should be not taken as some verdict on bitcoin.”

Compounding the markets’ worries, a whale address spent the week sweeping nearly 242K BTC onto Coinbase. That’s over $5.4 billion worth of crypto at today’s exchange prices. It was the blockchain’s third wealthiest address. Abounding speculation that it was Michael Saylor’s MicroStrategy wallet may have added some price resistance this week too.

After Tesla recently sold off a majority of its holdings, there is some trepidation in the crypto community that MicroStrategy will soon follow suit. But blockchain researcher Jarvis Labs called the speculation about MicroStrategy “noise” in a tweet thread Thursday.

Jarvis Labs also pointed out that this wallet has been accumulating since 2019. MSTR didn’t make its first BTC purchase until 2020, according to federally required regulatory financial disclosures.

It’s very unlikely the company has lied to the SEC and investors about its balance sheet. This sheds much doubt on the notion the wallet and 240+ thousand bitcoin are MicroStrategy’s.

“Wallet labels are incredibly complex and a sensitive topic. As they lack confirmations from the concerned party most of the time. So take such noise with a grain of salt. Relax, he has not been selling yet, even if assumed it was Saylor’s MSTR wallet.”

Ki said the transfers bear all the traces of an internal transfer, not a user transfer to an exchange. And he thinks the addresses belong to Gemini, not Microstrategy or Coinbase. The CryptoQuant CEO concluded, “This is FUD.”

Even if it were a user address moving onto the exchanges, it’s purely speculation the reason is to sell. Ki commented earlier this month on heavy flows between spot exchanges like Coinbase and crypto derivatives exchanges.

He said these data reveal whales are readying their bitcoin as collateral for bitcoin futures. That could be a signal that bitcoin is oversold and the cyclic bottom is near.

If that isn’t enough to quell the “FUD,” Michael Saylor himself tweeted diamond hands Thursday amid the rumors. As recently as June 29th, MicroStrategy bought $10 million more bitcoin.