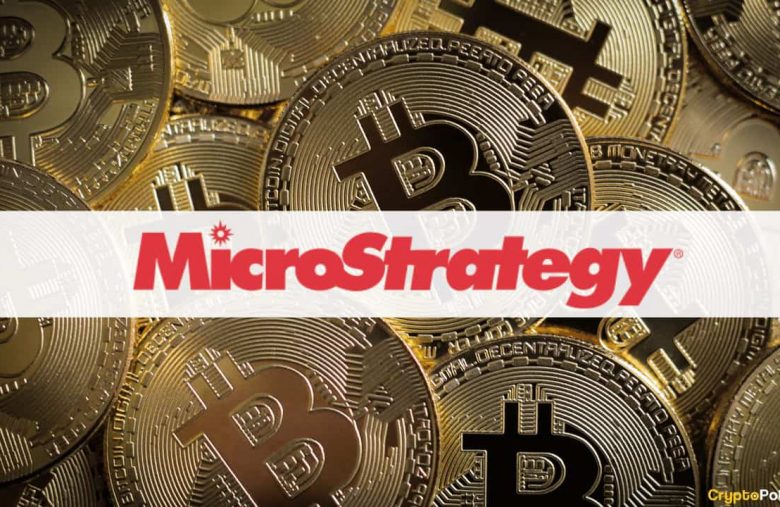 Prompted by the ongoing crash of the cryptocurrency market, Michael Saylor’s company – MicroStrategy – is now in a state of unrealized loss regarding its bitcoin holdings. The organization is the largest corporate holder of the primary digital asset, owning nearly 130,000 BTC.

Despite the grim condition of the industry, Michael Saylor remains bullish, predicting bitcoin will overcome the crash and bring profits to its owners.

The American business intelligence company, spearheaded by bitcoin bull Michael Saylor has displayed its keen support for the cryptocurrency multiple times. Over the past two years, the firm has made countless BTC purchases, with the last one being at the beginning of April when it bought $190 million worth of the asset.

The recent bloodbath in the digital asset market, and bitcoin specifically, which dumped by more than $10,000 in a week, has harmed MicroStrategy’s BTC position. At the moment of writing these lines, the asset hovers around $28,500, meaning that the company sits at an unrealized loss of around $320 million.

True to himself, Saylor doesn’t seem to be panicking because of the market decline. The American, who has assured numerous times that MicroStrategy will not sell its BTC positions, predicted that bitcoin will get back on its feet and deliver profits to those who have held it during the turbulent times.

The Loan From Silvergate

MicroStrategy vowed to use the money to purchase more portions of the leading digital asset. Alan Lane – CEO of Silvergate – commented on this strategy:

“Their innovative approach to treasury management is an exceptional example of how institutions can utilize their bitcoin to support and grow their business.”

With the collapse of bitcoin’s price, though, concerns arose that the company risks getting liquidated on its multimillion-dollar loan. Saylor explained that such a scenario will occur if BTC’s price dips below $21,062. Nevertheless, the company could use its other bitcoins as collateral to extend the margin call.

“If the price of BTC falls below $3,562, the company could post some other collateral.”