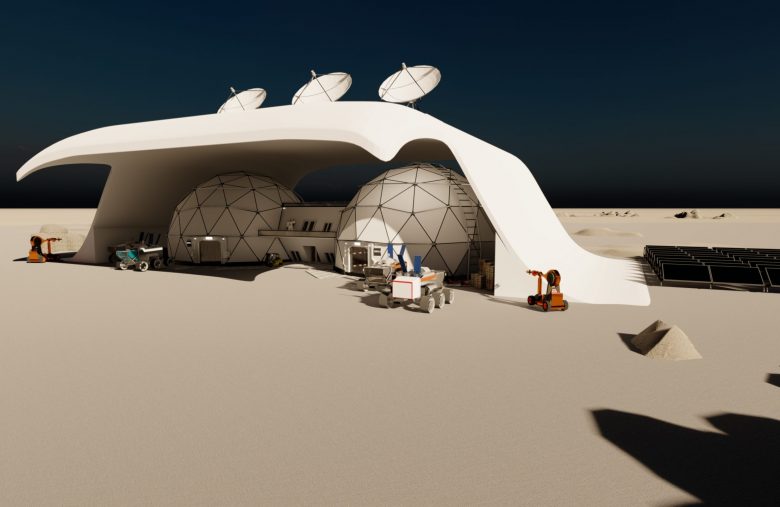 The Metaverse is getting much attention from the crypto community. moon.ws software engineering studio has announced its development of an “interplanetary metaverse” that comes with a play-to-earn experience allowing the crypto community to earn while building a new civilization.

Virtual land on the moon

The Moon NFT-centric metaverse will be made up of 26,000 virtual land plots located on the entire terrain of the moon. Each plot of virtual land will be minted as a non-fungible token (NFT).

With this offering, users can store, trade, and collateralize their virtual plots just like they would with cryptocurrencies. To purchase a piece of these virtual plots, one will have to use the Moon Token (MON), the native currency that will be used as the main payment method.

Those who buy the virtual plots of land will also be involved in creating a new civilization. For instance, crypto enthusiasts who own the virtual land on the Moon NFT metaverse can build real estate, open businesses, build infrastructure, develop and set aside new country states.

To build a new civilized world on the Metaverse, users can create all the required political and economic structures similar to what is depicted in the modern world.

The developers behind this project have also announced the launch of a play-to-earn platform. This will allow users to earn money by participating in various competitions on the platform. Users can also create or join teams that will battle against their competitors.

The games that will be included in this initiative will involve both strategic and long-term planning. Users can also develop their own countries and have the freedom to set up their political, military and economic agendas. By developing on this platform, users will increase the value of their NFTs.

Those that want to sell these NFTs can do so in marketplaces such as OpenSea and Rarible. Moreover, in-game purchases can also be sold as NFTs. The developers are also working on expanding the scope of this Metaverse by including other planets and satellites. The expansion is expected to happen over the coming months.