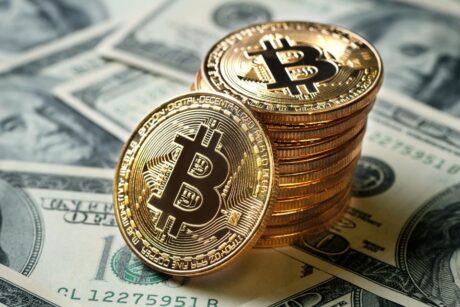 Mt Gox is set to return BTC lost by victims who were affected when its platform was hacked back in 2014. The Mt Gox hack has become somewhat of a legend in the crypto space, although it is very much real. It really kickstarted the “not your keys, not your coins” school of thought after thousands lost their crypto holdings when the crypto exchange succumbed to a hack that would see it shutter its doors forever.

The Mt Gox rehab plan was established after the hack, seeking to compensate those who lost their bitcoins to the hack six years ago. The rehab plan had been pending for a while but a trustee board has recently approved the plan. This means that compensation will soon begin for the victims of the hack who will finally get at least a portion of the assets they had lost in 2014.

The total amount of bitcoin to be redistributed in the rehab plan is 141,686. It will go to those who are confirmed to have lost their bitcoin to the exchange hack and had subsequently voted to have the rehab plan approved. The Tokyo District Court had approved the reimbursement notice after the voting period was concluded, which would see the BTC redistributed back to the victims.

Users affected by the hack have waited more than six years and now it looks like there is a light at the end of the tunnel. The date of redistribution is yet to be disclosed by the parties in charge. Mindao Yang, a creditor of Mt Gox, disclosed that the victims may in fact not see their compensation until 2023. This is because creditors will have to collect their funds gradually over time.

A factor to consider when it comes to the redistribution of the BTC is the fact that the bitcoins are now worth a lot more than they used to. When the infamous Mt Gox hack occurred, the price of bitcoin was $500-$600 on average. Today, the digital asset’s value has ballooned to over $60,000. This has led to concerns as to whether the victims will get their original BTC holdings back or be paid out in fiat.

CoinDesk addressed this in a report from May as to how the redistribution could work. Claimants had received a letter in 2020 that notified them of how their holdings would be returned. The payouts would be made in both JPY and BTC or BCH. However, it is being made with the price of bitcoin pegged to about $7,000 per coin. This is a long way from the current trading price of over $60K but it is also much higher than the average price when the hack occurred.

With approximately 150,000 BTC set to hit the market once the redistribution begins, there have been speculations of what this might mean for the digital asset. Some have predicted that the price of bitcoin will suffer greatly once these coins hit the market. This is not entirely true.

There is no doubt that some of the BTC being released will hit exchanges. However, it is important to bear in mind that the payouts will not happen in one fell swoop. The redistribution will be carried out over time to various creditors. This means that all of the 141,686 bitcoins will not hit the market at the same time. Rather, only a small amount at a time will be released, which will not have much impact on the price of the digital asset.