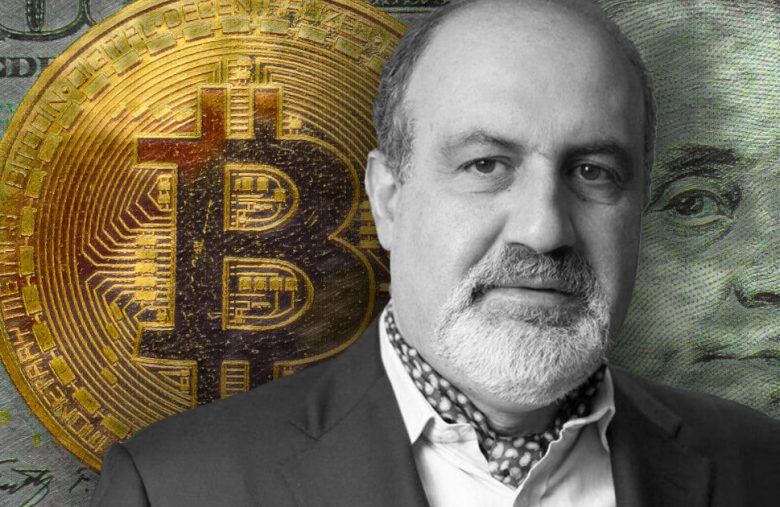 Once a vocal Bitcoin user and advocate, Black Swan author Nassim Taleb, recently became a harsh critic of cryptocurrencies, and published a paper this weekend explaining the reasons why he thinks Bitcoin fails as money, store of value, and even as a novel technology.

For Nassim Taleb Bitcoin Is Not Money… It Serves Little Purpose

Taleb began by questioning the possibility of Bitcoin turning into a global store of value any time soon:

It is also a reasoning error to claim that an innovation, bitcoin, can become the “new gold”, when gold wasn’t decided to be so by ﬁat thanks to a white paper; it organically became the reserve ex-post, throughout centuries of competitive selection against other modes of storage, payment, and collectibles.

As a social science, economics explains that the conception of money depends fundamentally on a collective agreement. It can happen by force (as in the case of fiat money) or by the evolution of social interactions (as in gold). However, it takes a long time for society to change at a cultural level for both scenarios. To expect bitcoin to acomplish in decades what gold achieved in thousands of years seems improbable for the social sciences.

Similarly, Nassim Taleb questioned the role of bitcoin as money. One of the main functions of money is that it must be stable enough to serve as a unit of account, something that bitcoin at the moment cannot satisfy.

Nassim Taleb explain that it would be hard to express economic interactions in terms of pure Bitcoin prices:

In other words, when buying goods with Bitcoin, the parties are actually exchanging goods using the dollar as the underlying money. It is difficult to establish fixed prices in Bitcoin because the market does not have a global agreement on what its value is. This extreme volatility can ultimately lead to Bitcoin’s failure.

The Fallacies of Bitcoin

Nassim Taleb ends by explaining how some arguments of maximalists and theorists are nothing but fallacies.

First, he explains that it is false that Bitcoin is a product of libertarian design:

Secondly, he assures that it is false that Bitcoin is a safe haven. He confirms that instead of maintaining its value over time, “Bitcoin appears to respond to liquidity, exactly like other bubble items.”

In third place, he denies that BTC serves as a protection against oppressive regimes:

In the cyber world, connections are with people one has never met in real life; inﬁltration by government agents is extremely easy. By comparison, the maﬁa required a Sicilianlineage for “friends of ours” so they could do their own security clearance type of check. One never knows the degree of governmental surveillance and real capabilities.

The transparency of the blockchain, the reliance on the fiat system to access money, and the need to establish human connections aid governments in exercising oversight of bitcoin transactions.

And finally, he addressed what he calls the Fallacy of the Agency problem: Instead of relying on Central Banks and governments to be able to use money, a society utterly dependent on Bitcoin would be relatively dystopian and dependent in turn on large corporations and individuals who took advantage to acquire BTC in its early days:

One would have the illusion that, by being distributed, Bitcoin would be democratic and reduce the agency problem perceived to be present among civil servants and banks.

Unfortunately, there appears to be a worse agency problem: a collection of insiders holding on to what they think will be the world currency, so others would have to go to them later on for supply. They would be cumulatively earning trillions, with many billionaire “Hodlers”; compare with civil servants making lower middle-class wages. It is a wealth transfer to the cartel of early bitcoin adopters.

Taleb ends the paper by saying that “great technology” doesn’t mean useful and argues that society is still “close to nothing with the blockchain.”

Such arguments are harsh for many BTC maximalists, and some could even try to prove them wrong. But beware! If you are among those adventurous bitcoiners always looking to debate, you better do it in the academic field! Mr. Taleb is not really a fan of Twitter drama.