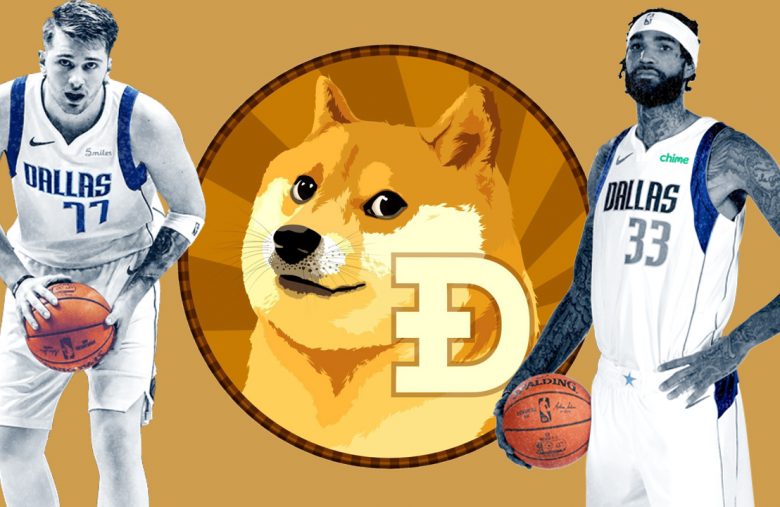 The professional basketball team owned by the billionaire Mark Cuban, the Dallas Mavericks, announced “Mavs Cryptomania,” which gives Dallasmavs.shop customers a $25 e-gift card if they pay with cryptocurrencies like bitcoin, ethereum, bitcoin cash, and dogecoin. The Mav’s owner has been a big proponent of crypto assets and the Mav’s was the first NBA team to accept dogecoin for tickets and merchandise.

Dallasmavs.shop Customers Paying With Crypto Will Get a Gift Card Reward

Mark Cuban, Shark Tank star and the owner of the NBA basketball team the Dallas Mavericks is a big believer in crypto assets. More specifically, Cuban and Tesla’s Elon Musk think dogecoin (DOGE) is the ”strongest” cryptocurrency for payments. Cuban told his Twitter followers that the Mav’s were hodling DOGE after sales, and he even told the popular Talk show host Ellen Degeneres to get into dogecoin. When speaking about hodling dogecoin, Cuban said:

FYI, the Mavs sales in dogecoin have increased 550pct over the past month. We have now sold more than 122k Doge in merchandise. We will never sell 1 single Doge ever. So keep buying Dallasmavs.shop.

The web portal Dallasmavs.shop uses the crypto payment processor Bitpay to accept payments in crypto and the shop accepts BTC, BCH, ETH, USDC, GUSD, PAX, BUSD, and DOGE. Now the Dallasmavs.shop has announced “Mavs Cryptomania,” which will give customers who pay for items in crypto a reward.

The Dallasmavs.shop rewards give users a “free $25 e-gift card for purchases made with eligible cryptocurrency on Dallasmavs.shop. [Customers] must spend [a] minimum of $150 (before tax and shipping.) Only one e-gift card per transaction,” the website says. The reward promotion is valid from August 13, 2021, through September 30, 2021.

I don’t prefer doge over btc. They are completely different. But to say DOGE doesn’t have a place is wrong

The website says the e-gift card will be emailed between “5-7 business days after order is placed” and the card expires at the end of the year. Two weeks ago Cuban spoke about the benefits of DOGE and why observers miss out on when they see the crypto asset’s “imperfections.”

“The point about DOGE that people miss is that DOGE’s imperfections and simplicity are its greatest strengths,” Cuban said at the time. “You can only use it to do [two] things: Spend It or HODL It. Both are easy to understand. And it’s cheap to buy. Which makes it a community anyone can join and enjoy,” the billionaire investor added. However, Intothecryptoverse.com’s Benjamin Cowen disagreed with Cuban’s statement.

“You could replace ‘DOGE’ with basically any other altcoin and the argument stays the same. Meaning it’s a somewhat weak argument,” Cowen replied to Cuban. “The strong argument for DOGE is just that people with influence promote it, which is at least something to consider,” Cowen added.