Negative Sentiment on Crypto Twitter Peaks Again: History Shows This Could Be Bullish 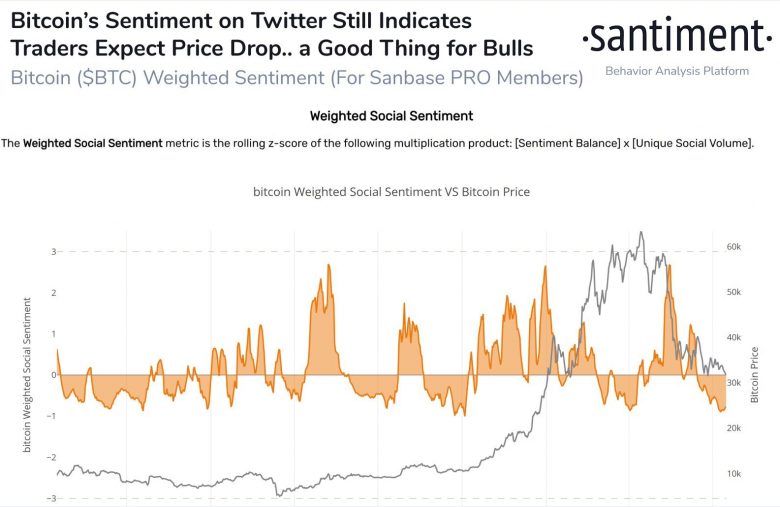 With bitcoin’s price losing more than $3,000 in days and reaching a multi-week low, the crowd sentiment remains mostly negative, shows recent data. However, similar developments have turned out to be signals for local bottoms in the past, and the question remains if history is to repeat itself.

The Sentiment is Low, But Could That Be Good?

Bitcoin tried to break above $37,000 at the end of June, but it was quickly rejected and headed south in the following days. Despite the relatively positive start of July when BTC attempted another breakout, the asset has actually lost more than $5,000 of value since June and reached a three-week low earlier today.

Naturally, these adverse developments have affected investors’ general feelings and approach towards the primary cryptocurrency. Data from the analytics resource Santiment shows that the overall Twitter sentiment toward Bitcoin “remains negative,” with most comments predicting more price slumps hidden around the corner.

However, BTC’s price actually tends to perform in the opposite direction of the general sentiment, as the graph above demonstrates. For instance, the crowd was mainly optimistic in early January when BTC had reached a new all-time high, but it quickly retraced. Once the community resumed the negativity again, bitcoin went on an impressive run resulting in tapping $65,000.

As such, Santiment concluded that the current negative state means, “there is a higher degree of a price upswing to catch the crowd off guard.”

While Santiment’s data from above shows the Twitter sentiment, the Fear and Greed index displays a more macro picture. Apart from social media discussions, it calculates various types of data, including volatility, surveys, and volume, to determine whether the general mood is positive or negative in regards to bitcoin.

The metric presents the final results from 0 (extreme fear) to 100 (extreme greed). It actually supports the aforementioned narrative as it shows a state of “extreme fear,” which has dominated the market for a few consecutive weeks. In fact, the index has only gone down lately as it’s now at 15, while last week was at 20.

It’s also quite affected by the most recent price movements, but history shows that BTC has reacted well when the index was so long in a deep state of fear.