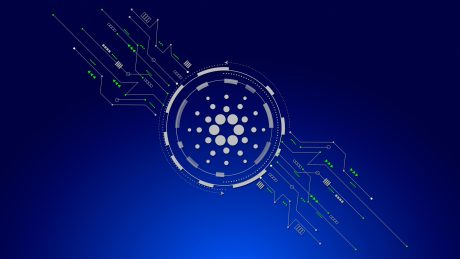 Bondly has announced a new functionality on the Cardano blockchain that is aimed at creators. Energy consumption has been a major problem on the Ethereum network, especially given the increased usage of the blockchain over the past couple of months. Developers behind the project have been working towards moving the network to proof of stake but that is still another year away.

In the meantime, Ethereum blockchain still uses a proof of work mechanism which requires a large amount of energy for transactions to be confirmed on the network. Thus, Bondly has introduced a new solution for NFT creators who may be looking for more sustainable and eco-friendly options for their creations. But at the same time, do not want to lose the NFTs they have already minted on the Ethereum blockchain.

In its announcement, Bondly says its official Ethereum to Cardano bridge will enable creators to choose a more eco-friendly blockchain for their NFTs. Creators are able to move their NFT creations from the Ethereum blockchain to the Cardano blockchain using this bridge.

In terms of energy-efficiently, the Cardano blockchain is four million times more efficient than Bitcoin. Ethereum is said to use the energy equivalent of Columbia, while Cardano’s energy usage comes out to be equivalent to that of a family home. Thereby providing a greener and eco-friendly network for creators who are worried about the environmental impact of blockchain use.

Bondly announced that through this partnership with IOG, it will be able to provide NFT creators a way to simply transfer NFTs minted on the Ethereum blockchain over to Cardano without the risk of losing a transaction or paying high fees for transfers.

In addition to having their work on an eco-friendly blockchain, creators do not have to worry about the high fees that the Ethereum network has come to be known for. With the majority of NFT minting happening on Ethereum, the network fees have shot through the roof, leaving smaller creators who cannot afford these high fees out to dry. This is, however, not the case with Cardano.

The network boasts of low fees for any transaction carried out on the blockchain. Additionally, the network also offers NFT creators price predictability and stable transaction costs, which will eliminate increasingly high fees and the fear of lost transactions due to not having enough gas fees to cover a transaction.

The bridge is set to launch in 2022 and in celebration of its launch, Bondly will release a special series of eco-friendly NFT on the network. Harry Liu, CEO of Bondly, said; “The creation of a cross-chain NFT bridge between Ethereum and Cardano marks a pivotal moment in the transition from legacy blockchain technology to one of the most hotly anticipated ‘third generation’ networks. As one of the pioneers of the NFT movement, we continue to play a key role in building the infrastructure that will herald the next phase of NFT evolution.”

Liu is not the only one excited about the bridge. Founder of Cardano, Charles Hoskinson, expressed support for the project. “We built Cardano with energy efficiency in mind, which is why this partnership with Bondly is so crucial,” said Hoskinson. “We believe that blockchain will only achieve mass adoption when end users have a seamless experience, regardless of which blockchain they are using, which is what bridges like this will achieve.”

The founder has always believed that interoperability will be the future of the blockchain industry and this stance is reiterated with the new partnership with Bondly.