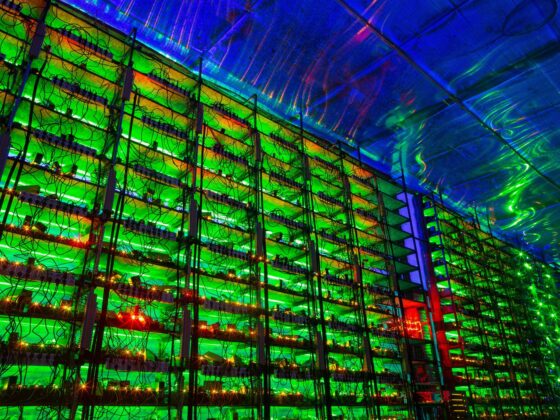 Bitcoin mining and its environmental impact have been a topic of heated debates both within and outside the crypto space. Mining for the digital asset and other cryptocurrencies are said to be the 33rd largest consumer of energy in the world, ahead of populous nations. This has led to concerns about its carbon intensity and how its mining may be contributing to global warming.

The widely accepted school of thought is that bitcoin mining consumes too much energy. Thus, this activity is bad for the environment. However, the carbon intensity of mining activities, although many think it’s very high, falls lower than what is expected.

Bitcoin Is Below The Global Average

In a recent report, CoinShares has come up with new data on the carbon intensity of bitcoin mining after carrying out an extensive study. The research report provides further insight into the mining industry and its carbon intensity. It found that although bitcoin is known to use a lot of energy, its carbon intensity was still well below the global average.

Furthermore, CoinShares found that some of the biting miners are operating at a negative carbon intensity. This is a result of the move towards renewable energy. These miners have taken to using stranded natural gas that would otherwise have been flared to power their bitcoin mining farms. Basically, by using this stranded natural gas, they’re able to operate at a net negative that helps to reduce carbon emissions by a unit of 3.7.

What Energy Sources Are Used In Mining?

Another issue is the energy source that bitcoin miners use for their activities. Naturally, it follows that these miners would use the most readily available energy source, especially given the region they are located in. But a lot of miners have made a conscious effort to move towards renewable energy sources and that shines through in the numbers presented in the report.

Coal still remains the largest contributor to the energy source of bitcoin mining, closely followed by gas. These are not the only sources that miners exercise for their needs though. Hydro, nuclear, and wind power are all contributing energy sources for mining operations.

Broken down by percentage, coal is the largest contributor at 35%. Gas is the second-largest with 24% of all mining energy coming from this source. Hydro, nuclear, and wind follow behind at 21%, 11%, and 4% respectively.

The energy consumption of bitcoin mining still remains a big concern in the industry but these numbers show that miners are moving towards renewable energy, and with time, the energy intensity is expected to decline as more miners catch up to this trend.