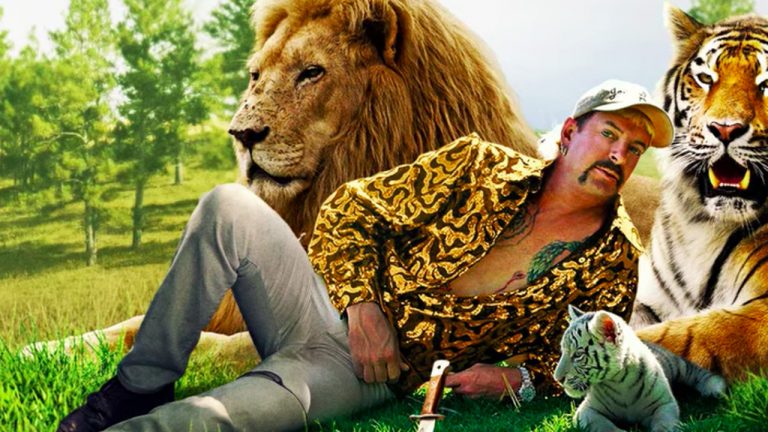 The infamous Joseph Maldonado, aka “Joe Exotic,” from the docuseries “Tiger King: Murder, Mayhem and Madness,” has launched his own Ethereum-based token. According to the website tiger-king.org, the project will also feature non-fungible tokens (NFTs) and the proceeds from NFT sales will go toward helping Joe Exotic’s legal defense team and tiger rescue funding.

The costar of the docuseries “Tiger King” has announced the launch of a new crypto asset called “TKING,” according to the reality series star’s official Twitter account. Joe Exotic’s costar Carole Baskin accepted bitcoin donations for Big Cat Rescue. Now Exotic “is back,” according to the website tiger-king.org and whoever developed an ERC20 token for him has minted a trillion TKING tokens.

“The legend of Joe Exotic has launched on the Ethereum blockchain! The man the world learned to call Tiger King from the hit Netflix documentary is back, this time as a digital currency,” the website notes. “The developers are thrilled to present Joe’s official cryptocurrency to the global public, endorsed by the man himself.”

Out of the trillion tokens, developers claim to have burnt 35% of the token supply. The development team also details that TKING tokens are “deflationary” by design as there’s a “2% burn rate on every transaction.” The website states:

Joe will always be the Tiger King, but his colorful career has landed him with a hefty legal bill in a bid to fight a corrupt legal system. Now he also faces the expense of cancer treatment.

According to the announcement Joe owns a percentage of TKING tokens and received them during the “stealth launch of the coin.” The website insists that “every buy will increase the value of his bag.”

Joseph Maldonado, aka “Joe Exotic,” from the docuseries “Tiger King: Murder, Mayhem and Madness,” has launched an ERC20 token. Exotic was sentenced to 22 years in prison on January 22, 2019.

Interestingly, Exotic’s costar Carole Baskin launched a cryptocurrency first and announced the project during the first week of May. Fox 13 News asked Baskin that because she is so well known that maybe a “major exchange” might list her CAT token.

“I’m being told by people in the industry that it could with its name recognition, and the fact that people love cats so much, and there’s so much buzz, but that’s not what it is right now,” Baskin explained during her interview.

“We will never let Carole win,” the TKING team insists. “Find your inner Tiger as Joe, $TKING, and his legal team stage the comeback of the century. We will land the first tiger on the moon to free Joe. Team Joe for the win!”