OP-ED: Could crypto IDOs replace IPOs as a capital generator? 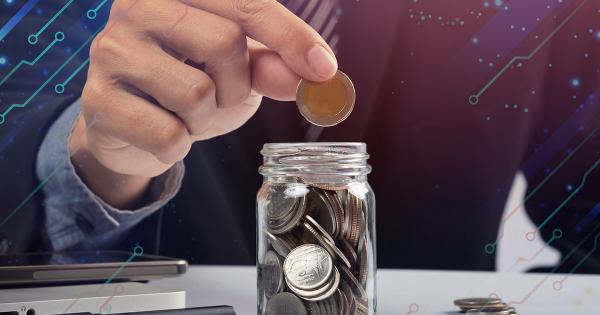 By using an IDO as a capital generator, you enable the availability of protocols for traders while being spared from the control of others. IDOs are often self-organized, meaning that they don’t offer any assurances or guarantees while the issuer controls things.

And, other potential benefits could lead startups to choose IDOs over IPOs as the main source of capital generation to capitalize on the ever-evolving crypto space.

What is the Appeal of an IPO?

Initial public offerings allow startups and established companies alike to go public. IPOs involve formal processes that businesses must complete if they want to be formally listed on the stock exchange.

These processes involve filing a statement with the Securities and Exchange Commission, including a prospectus containing financial statements and any risk factors that potential investors need to see to validate their investment.

Essentially, an IPO allows a company to sell shares to the public, then collect money. While it’s a big step in the right direction for a company, it’s best advised to go with an IPO if you’ve reached a significantly high level of financial stability and maturity.

For a startup, an IPO can increase brand visibility for businesses as they can extend themselves to organizations that would have never noticed them otherwise. Additionally, it allows companies to hire top talent and boost their reputation as they present themselves as larger and more efficient than their private counterparts.

There are a large number of established IPOs and upcoming IPOs out there, including Kraken and Ripple.

However, the issue that some startups find with IPOs is that going public is expensive, subjecting them to all sorts of fees and strict regulations. Companies have to face underwriting fees, reporting fees, filing costs, and more.

These fees add up quickly over time. So, if a company doesn’t have that level of financial maturity, going public may do that company more harm than good.

Additionally, the process is long, sometimes lasting six months or longer, due to legal constraints and procedures that must be followed before any stocks can be put up for sale. Add the stress to perform at a high level once going public, and companies may have second thoughts about using an IPO for funding.

By using an IDO as a capital generator, you enable the availability of protocols for traders while being spared from the control of others. IDOs are often self-organized, meaning that they don’t offer any assurances or guarantees while the issuer controls things.

Additionally, compared to other offerings like initial exchange offerings (IEOs), issuers have no restrictions when listing their tokens with competing exchanges. It puts more control in the hands of startups looking to make headway in the crypto market and leads to a more fair and open capital raising process.

The IDO approach to capital generation allows startups to bypass permission from centralized exchanges to kickoff fundraising events, allowing anyone to participate, not just private investors.

However, the main drawback with an IDO is that it lacks a control mechanism, making it somewhat vulnerable as some level of control is necessary over a fundraising process. Furthermore, as investors swap tokens, the prices of those tokens will vary, potentially leading to whales (investors who hold a large number of tokens) manipulating these prices unapologetically.

As a result, token issuers won’t have a clear idea of how much money has been raised during an event. More clarity, scalability, and control are needed for IDOs to truly take over as the lead capital generator in the crypto space.

What is the Future of IDOs as a Capital Generating Mechanism?

The future is quite promising, as showcased by Polkastarter, one of the leaders among IDO platforms. Up to June 2021, they had more than 60 IDOs and raised more than $20 million within its first six months of existence.

Because of past issues that alternate offerings like ICOs, STOs, IEOs, and IPOs have presented, IDOs are becoming increasingly enticing for startups looking to general capital quickly without waiting on approval from centralized exchanges.

More has to be done to combat whales and scammers from compromising token pricing for it to take off as the lead capital generation tool. Some control mechanism is necessary to make it a more optimal solution, eliminating wild token price variations while fundraising events are going on.

Doing so will solidify IDOs as the future of capital generation for new companies.