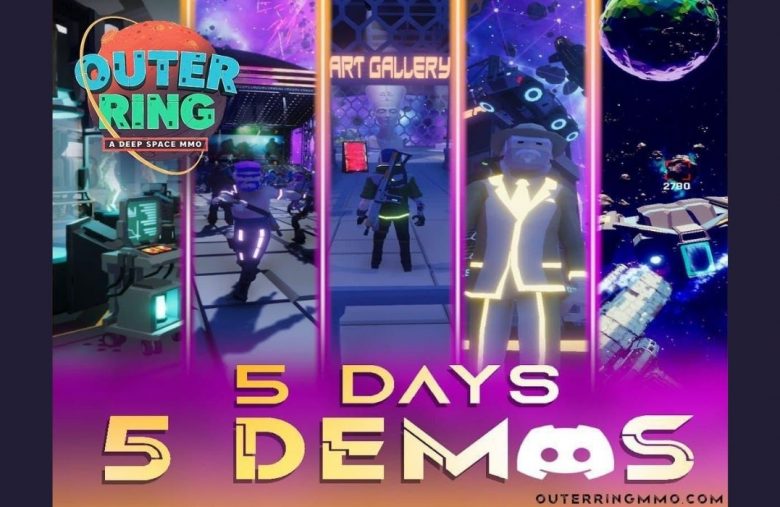 Outer Ring, an exciting up-and-coming play-to-earn MMO, is eager to present its tech demo to the world. Players can access the game and its technology ahead of the upcoming Outer Ring IDO, slated for early March 2022.

The Outer Ring team is pleased to showcase their technology through a series of five tech demos this week. Every demo will have a different theme to let players explore the many game modes found within the outer Ring metaverse.

Launching the tech demo marks a crucial milestone for the highly anticipated Outer Ring MMO. Although a tech demo is neither a Beta nor Alpha demo, the prototype gives players a good idea of what they can expect from the game. It is not a complete version, but it shows the potential applications of Outer Ring and highlights the many possibilities that lie ahead. Moreover, a tech demo showcases the game’s performance and visuals, two crucial aspects of any game offering on the market today.

Interested users can download the different demos from the Outer Ring Discord server. All links will remain accessible until February 6th, after which they are removed from the Discord server again. However, players can continue to play the tech demo as long as they wish once they download the software to their computer. The tech demos have been downloaded over 1,700 times so far, confirming strong interest in the Outer Ring MMO.

For those who miss out on these downloads, there will be future demos of Outer Ring MMO.

Launching these demos ahead of the Initial DEX Offering (IDO) confirms the team’s belief in their project. Moreover, it shows how much work has been taking place behind the scenes ahead of the token sale, as the developers are committed to providing an engaging user experience.

Outer Ring utilizes a freemium model with a dual token structure. Exocredits connect the game to the cryptocurrency world, whereas Galactic Quadrants facilitate interaction. Both currencies can be earned through trading, crafting, completing in-game objectives, and selling items. Additionally, the freemium model lets players access the game without paying fees.

Enter Outer Ring MMO and discover the new Play To Earn concept, uniting real economy with the most exciting Universe. Watch the in-game demo videos and see what the future holds. If you want to invest now in the construction of Outer Ring you can follow this link and you will become one of the first explorers. Join Outer Ring now!