PayPal To Explore Crypto Withdrawals, Why It’s Bullish For BTC And ETH 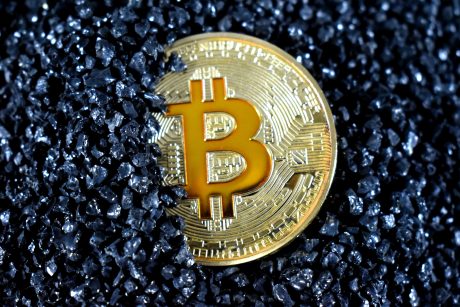 2020 was the year of mainstream crypto adoption and PayPal’s service based on Bitcoin, Ethereum, Litecoin, and others was an inflection point. The service allows its U.S.-based customer to buy, sell, and hold these cryptocurrencies.

Most recently, the payment processor also enabled a crypto checkout service and crypto trading with their subsidiary Venmo. Thus, its customer in the U.S. can purchase in the millions of affiliated merchants to PayPal. The company has been slowly expanding its service and has plans to expand it to its 350 million users worldwide.

Jose Fernandez da Ponte, PayPal’s Vice president of Global Business Development spoke at CoinDesk’s Consensus conference. The executive acknowledged the need for the company’s users to have more “freedom” and control over their tokens.

Fernandez da Ponte said that PayPal cares about the “utility” of the cryptocurrencies and added that this feature maximizes when users can “move them (their tokens) around”.

The company will allow its users to transfer crypto from PayPal’s wallet to their personal wallets and other addresses. Fernandez da Ponte said that the company hopes to deploy this functionality “soon”.

For this new feature, the payment processor seeks to provide technological optimization while it remains compliant with current regulations. The executive said:

We want to make it as open as possible, and we want to give choice to our consumers, something that will let them pay in any way they want to pay. They want to bring their crypto to us so they can use it in commerce, and we want them to be able to take the crypto they acquired with us and take it to the destination of their choice.

Similar to Facebook’s Libra project, the payment company was rumored to be working on its own digital asset. However, the executive said that PayPal’s plans to launch their own stablecoin are still early in development.

Central bank digital currencies (CBDC) and digital assets control by banking institutions seem like a logical step in the evolution of money. This will make it easy for bankers to fulfill their “two priorities”: financial stability and access for everyone to the financial system.

Unlike many, Fernandez believes both CBDCs and stablecoins can co-exist in a multi-asset world but highlighted that there is much work to be done in this area.

Sometimes we position the debate as CBDCs versus stablecoins, but it’s a bit of a fake debate. There is no trade-off. We think they will co-exist. (…) On the subject of CBDCs, there are a lot of Powerpoints written, but not a lot of code written.

With Grayscale, PayPal was one of the main entities absorbing BTC, ETH, and other cryptocurrencies. Due to their Bitlicense, the company must hold real crypto at a 1-to-1 parity for every unit purchase by their users. Thus, it creates more buying pressure in the market.

At the time of writing, BTC and ETH are trading at $39,000 and $2,800, respectively. Both assets are recovering from a major correction over the past week and are still yet to show bullish signs in higher timeframes.