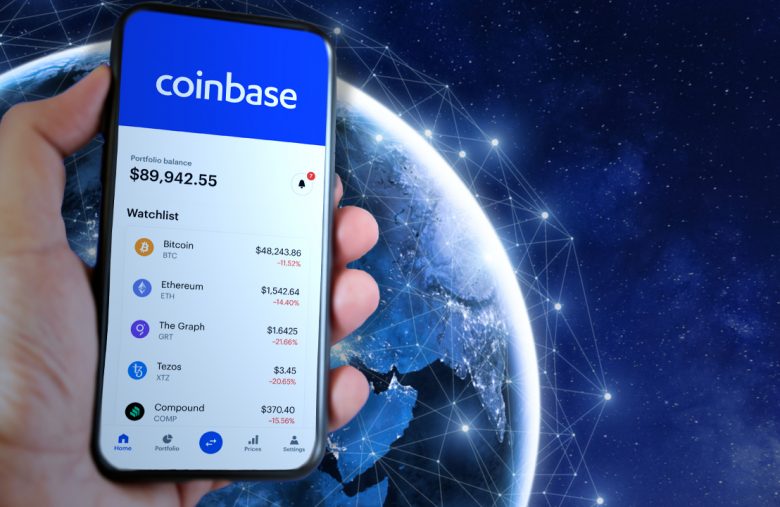 Coinbase published the company’s shareholder letter on Tuesday which detailed it made over $2 billion in net revenue during the second quarter. The firm said “Q2 was a strong quarter” for Coinbase as it saw both “growth and diversification” this year. While netting in $2 billion, Coinbase said it has 68 million verified users and the company also noted it has been working with Spacex, Tesla, PNC Bank, Wisdomtree, and Elon Musk.

Coinbase (Nasdaq:COIN) has published data on the company’s second-quarter earnings and growth. The firm said that retail monthly transacting users (MTUs) rose to 8.8 million, spiking 44% since the first quarter. The company also noted that during the second quarter, digital currencies like bitcoin crossed all-time highs.

This favorable landscape was “highly correlated” with the firm’s trading revenue. “The crypto market environment heavily influenced our Q2 financial results,” the Coinbase documentation notes. Coinbase claims to have 160,000 industry partners and is working with over “9,000 institutions.” The company stressed that retail trading volume was fueled by MTUs and stated:

While observing MTUs, Coinbase said that the firm is “deepening engagement” and 27% of Q2 retail MTUs — or roughly 2.4 million people — invested or engaged with at least one non-investment Coinbase product.

The report highlights the 9,000 institutional users Coinbase has been working with, a number of well-known firms and “10% of the top 100 largest hedge funds” that chose to onboard with Coinbase. “In addition, in recent months, we have formed partnerships with industry leaders including Elon Musk, PNC Bank, Spacex, Tesla, Third Point LLC, and Wisdomtree,” the company’s Q2 report highlights. Coinbase added:

Institutions are choosing Coinbase for the deep pools of liquidity we offer, our sophisticated algorithmic order execution, as well as the trust that comes with being a public company.

A Coin Toss and Stiff Competition

While the company revealed it made around $2 billion in net revenue, David Trainer, CEO of New Constructs, an investment research firm, is a bit skeptical. The research firm New Constructs asserts that it utilizes “fundamental data” in order to provide “unconflicted insights.”

Trainer says Coinbase faces stiff competition and other firms are nipping at the company’s heels. “Coinbase’s results are impressive, but they aren’t good enough to justify the stock’s very expensive valuation of roughly $56 billion,” Trainer explained to Bitcoin.com News. “Coinbase will likely not be able to sustain blowout earnings going forward thanks to rising competition in the cryptocurrency trading space.” The New Constructs executive added:

Coinbase faces intense competition. Coinbase’s business has few barriers to entry and other companies can easily do what they do, including incumbents Intercontinental Exchange (ICE) and Nasdaq (NDAQ), as well as other startups like Robinhood (HOOD), Etoro, Gemini, Binance and Kraken.

Coinbase also noted that the firm held a large quantity of both bitcoin (BTC) and ethereum (ETH). The Q2 report published by Coinbase disclosed that the company has around $180 billion under the hood. About $92 billion is tethered to institutional funds while retail has around $88 billion.

“As of June 30, 2021, Assets on Platform totaled $180 billion. Crypto assets on the platform represented 11.2% of the total market capitalization of crypto assets. Despite price movements, we saw billions of dollars of net asset inflows and new customers added throughout Q2,” the Coinbase report explained.

A report published by Barron’s highlights Dan Dolev, a Mizuho senior analyst researching fintech equity. When Dolev discussed Coinbase shares he remained neutral on the subject and stressed that the next financial results from the company will be a “coin toss.”

“With August average daily volumes running 80% above July, the excitement around the stock in the past week is somewhat understandable,” Dolev told Barron’s. “However, since volatility can fade just as quickly as it comes, Coinbase’s fiscal-year outlook remains somewhat of a coin toss.”