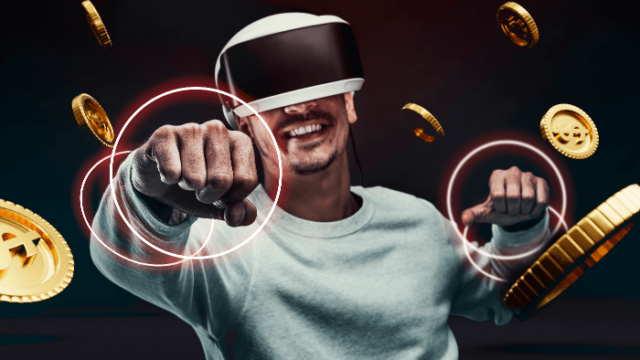 Although non-fungible tokens, or NFTs, have a modest presence in the video game business through GameFi, some players find that to be too much. Quick and ferocious backlash over the prospect of any well-known gaming company using digital currencies has forced some developers to quickly abandon ambitious plans.

In the wake of the unprecedented “crypto winter” which has seen business collapse, currency prices plummet, and some founders practically flee their enterprises, the market for non-fungible tokens is currently having trouble. It’s not a good moment for developers that wanted to enter the booming blockchain gaming industry right now.

According to study findings from market research firms YouGov and consultancy Globant, the majority of American gamers aren’t very interested in the NFT industry.

The companies polled 1,000 adults in the United States, ages 18 and older, who had played at least three hours of console, PC, or mobile games (but not just mobile games), and discovered that 81% had never bought an NFT. The percentage of respondents who indicated they were interested in both “playing” and “earning” parts of blockchain gaming and the metaverse was only 40%. About 53% of those surveyed said they would work on a gaming platform if it meant earning money for their efforts.

NFTs are important Web3 building blocks, and by extension, the GameFi features built into some blockchain gaming platforms like Axie Infinity. Supporters claim that these features, along with interoperability and the ability to buy and sell digital assets, could revolutionize the gaming industry.

However, according to a report from Bloomberg last month, the technology is still unpopular and hasn’t been tried out in mainstream gaming items, and NFT sales are in a historic slump. It is yet unclear if traditional game developers will be able to integrate NFTs into well-known brands or whether Web3 companies will be able to break out of the crypto niche and appeal to mainstream gamers.

Many traditional game developers have indicated interest in NFTs and the blockchain, most notably Ubisoft, who tried out NFTs in a Ghost Recon game but quickly ended the experiment after receiving negative news for almost six months.

“Through this survey, we see that although the development of the metaverse is still in its early stages, U.S. gamers already see the technology as capable of expanding the realm of possibility in gaming. As knowledge of the metaverse and what it’s capable of becomes more common, we’re looking forward to seeing this sentiment spread to more people across industries.”

Other findings from the Metaverse Awareness Survey were detailed, and these will be of interest to companies exploring GameFi business models. In metaverse games, around half of players are more interested in “playing” than “earning” yet a sizable portion of players perceive value in combining playing and earning. Following is a breakdown of the figures:

It might have to do with familiarity. Although most gamers (60%) are confident in their ability to define the term “metaverse,” this population’s familiarity and interaction with the concept still needs to advance. Only 39% of gamers believe the gaming metaverse will mature in less than five years, while almost the same number, 38%, believe it will take longer.