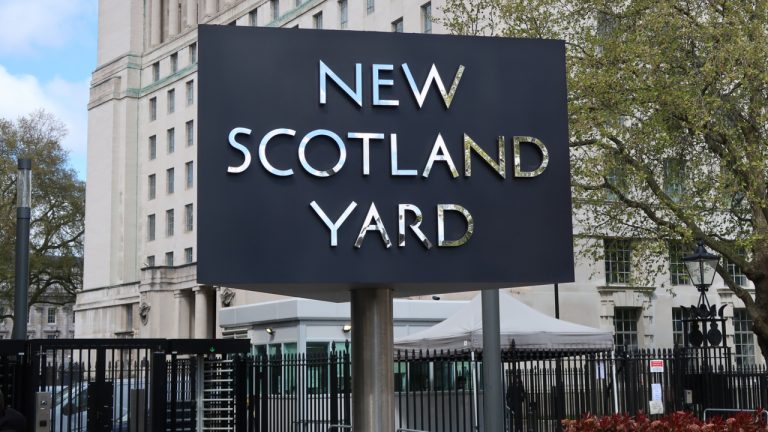 British police have carried out U.K.’s largest crypto seizure to date. Detectives working on a money laundering case found a staggering £114 million worth of cryptocurrency in a suspect’s account. Scotland Yard vowed to continue the investigation.

Acting on intelligence about the transfer of criminal funds, specialist detectives confiscated £114 million (over $158 million) in crypto, Britain’s Metropolitan Police Service (MPS) announced Thursday. The agency responsible for law enforcement in the Greater London area described the operation as the biggest cryptocurrency seizure in the U.K. and one of the largest globally.

The digital assets have been captured as part of an ongoing money laundering investigation conducted by the Met’s Economic Crime Command. Police officials refrained from disclosing further details, including the type of cryptocurrency seized. “Criminals need to legitimise their money otherwise it risks being seized by law enforcement,” Detective Constable Joe Ryan commented, elaborating:

The proceeds of crime are almost always laundered to hide the origin, but by disrupting the flow of funds before they are reinvested, we can make London an incredibly difficult place for criminals to operate.

“Every single part of the Met is working to reduce violence on the streets of London as an absolute priority, this includes our financial investigators,” said Deputy Assistant Commissioner Graham McNulty. He emphasized there’s an inherent link between money and violence. “Violence is used to extort, blackmail, burgle, control and exploit. It’s used to protect criminal profits and maintain control of territories,” the commissioner explained.

Police officers are not only trying to disrupt the digital transfer of illicit funds but also deprive criminals of hard cash, McNulty added. In the fiscal year 2020-2021, investigators discovered and seized over £47 million ($65 million). “This cash can no longer be reinvested in crime, it cannot be used to buy and peddle drugs and weapons, and cannot be used to entice and exploit young and vulnerable people into criminality,” the high-ranking official noted.

According to an article in the Daily Mail, Scotland Yard made its largest-ever cash seizure in May of this year, when a criminal dubbed ‘moneybags’ was caught “struggling to carry holdalls brimming with money.” More than £5 million was discovered stuffed under mattresses, in cupboards, and stacked up on the floor of a flat in West London, the publication wrote. The cash was stashed by a money-laundering gang as they “didn’t know what to do with it” during the Covid lockdown in Britain.

“Cash remains king,” Graham McNulty stressed, but he also acknowledged that the development of technology and online platforms has pushed some criminals towards more sophisticated methods of money laundering. The recently seized cryptocurrency is more than twice the amount of fiat cash confiscated by Scotland Yard in the last fiscal year, highlighting a trend of growing police seizures of crypto over the past years which started with the capture of over £1.2 million worth of bitcoin in 2019.