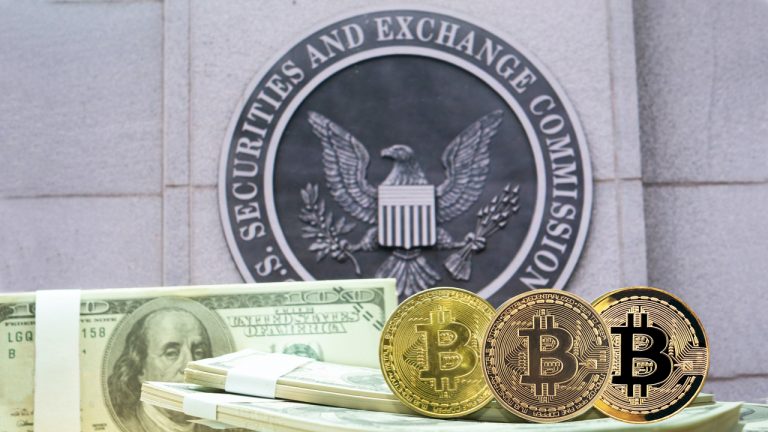 The U.S. Securities and Exchange Commission (SEC) is currently seeking additional commentary from the public, as the regulating body ponders the Vaneck bitcoin exchange-traded fund (ETF) decision. In a notice published on Wednesday, the SEC thinks “interested persons” should provide comments on the proceedings.

In December 2020, New York-based investment management firm Vaneck filed with the SEC to list a bitcoin ETF. Following the original filing, in March 2021, the Chicago Board Options Exchange (Cboe) applied to list the Vaneck Bitcoin Trust. Then at the end of April, as the U.S. regulator was determining whether or not it would reach a conclusion on the Vaneck ETF, the SEC gave itself 45 more days to decide.

The SEC’s order detailed that the notice of designation has been postponed to June 17, 2021. The regulator could increase it to a “longer period up to 90 days” the notice said. “As the Commission may designate if it finds such longer period to be appropriate and publishes its reasons,” the U.S. regulator’s order revealed. The order was composed by the SEC’s assistant secretary Matt DeLesDernier on April 28, 2021.

This week, on June 16, 2021, the SEC has disclosed that it’s seeking commentary from “interested persons” who are for or against the Vaneck bitcoin ETF listing. Interested commenters have approximately 21 days to give a statement to the regulator.

“The Commission is instituting proceedings pursuant to Section 19(b)(2)(B) of the Act14 to determine whether the proposed rule change should be approved or disapproved. Institution of proceedings is appropriate at this time in view of the legal and policy issues raised by the proposed rule change, as discussed below,” the SEC’s June 16 notice discloses. The announcement adds:

[The] institution of proceedings does not indicate that the Commission has reached any conclusions with respect to any of the issues involved. Rather, as described below, the Commission seeks and encourages interested persons to provide comments on the proposed rule change.

SEC’s Decisions Designed to ‘Protect Investors and the Public Interest’

The U.S. regulator declares that its methods for decision-making are in the best interests of the public. Moreover, the SEC may institute procedures that allow for further review of the proposed rule change.

“Pursuant to Section 19(b)(2)(B) of the Act, the Commission is providing notice of the grounds for disapproval under consideration,” the notice details. “The Commission is instituting proceedings to allow for additional analysis of the proposed rule change’s consistency with Section 6(b)(5) of the Act, which requires, among other things, that the rules of a national securities exchange be ‘designed to prevent fraudulent and manipulative acts and practices’ and ‘to protect investors and the public interest.’”

This is not the first time the U.S. regulator has asked for statements concerning approval or disapproval of a bitcoin-based ETF in the country. So far, however, despite the many applicants in 2021 and previous years, the Securities and Exchange Commission has yet to approve a bitcoin ETF.