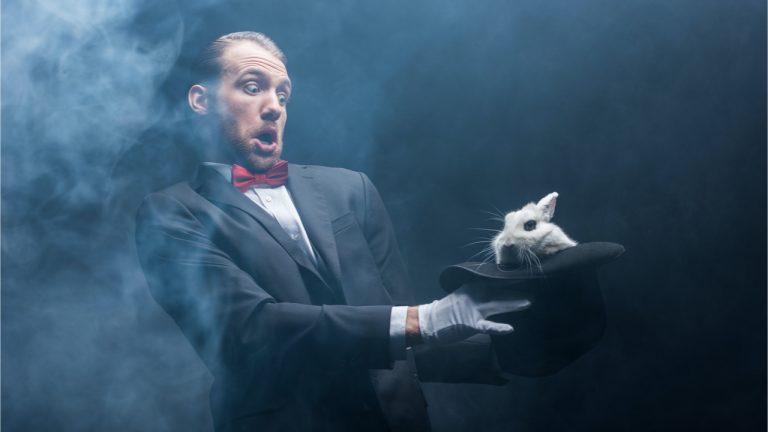 While the American economy witnesses small business failures across the nation, historical unemployment rates, major issues with the supply chain, countless product shortages, and the cost of goods and services inflating, the stock market continues to rally. The CEO of the Forward Thinking Group UK, Neil McCoy-Ward, thinks the current stock market is “completely disconnected from the economy,” for various reasons, but McCoy-Ward believes today’s bubbling stock market mostly stems from things like excessive stimulus and share buybacks.

Just recently, the investor, financial forecaster, and housing market expert Neil McCoy-Ward was featured in a Youtube video produced by the Financial Monster channel. This Youtube channel is dedicated to daily videos about bitcoin, investing, finance, and wealth building. The five-minute video called “How The Stock Market Crash Will Happen Step By Step” is quick and to the point. McCoy-Ward starts off by asking why the stock market came roaring back after the Covid-19 crash and explains right away that the Federal Reserve’s massive stimulus helped this happen.

There’s been a lot of debate as to why the M2 Money Stock reporting was discontinued by the Federal Reserve. Steve Hanke, professor of Applied Economics at Johns Hopkins University, discussed the change in a Kitco news video called “Is the Fed hiding something? Why weekly money supply data just got discontinued.” The M2 successor is the M2SL, which is a similar reporting chart updated every month rather than the weekly M1 and M2 money supply series.

The video featuring McCoy-Ward explains in this economy “everything is going down except unemployment, which is going up.” The stock market should be failing, alongside all the smaller U.S. businesses that are hurting, but this is not the case in 2021. The reason for this illusionary effect and the current stock market bubble is because of stimulus, McCoy-Ward remarked.

He further highlighted that in a year’s time, the U.S. money supply increased by 30%. Essentially, all the stimulus is “going into hard assets or the stock market and housing,” McCoy-Ward stressed. He emphasized that the U.S. housing market “is booming.” Furthermore, when you have “historically low-interest rates this creates a bubble,” the financial forecaster said.

McCoy-Ward’s video clip explains why he thinks the stock market continues to rally and why major indexes have returned to all-time highs. In fact, the top stock indexes have seen valuation highs not seen since the dot-com bubble, the 2008 crisis, the financial crash of ‘87, and the infamous 1929 stock market crash. McCoy-Ward detailed how today’s financiers currently have access to easy credit and while interest rates are at zero, “there really isn’t much risk for individuals and companies to take on debt.”

The financial forecaster claims these companies simply ramp up debt to the absolute maximum. Instead of improving the company with all the stimulus and reserves on hand, the businesses will simply participate in share buybacks, McCoy-Ward said. Basically, a share buyback, also known as a share repurchase, is when a firm buys its own shares from the market. McCoy-Ward highlights how it boosts the appearance of the company’s bill of health.

While the scheme represents an alternate way of returning money to some shareholders, the investor believes it’s just “smoke and mirrors.” Share buybacks were in fact banned after the 1929 stock market crash, but a 1982 Securities and Exchange Commission rule under the Reagan administration allowed them again. Five years later, the stock market was shaken by “Black Monday” (Oct. 19, 1987) and the stock market crashed.

If you ask many economists what caused the 1929 stock market crash “they will say share buybacks,” McCoy-Ward remarked in the video. He added that he was quite surprised to see that there is very little discussion on the subject of share buybacks in the media today. A quick Google query of the subject shows McCoy-Ward is correct and the subject is not being discussed by mainstream media at all.

The Fed’s recent stress tests claim that Wall Street’s biggest corporate giants like Morgan Stanley, JPMorgan, Bank of America, Goldman Sachs, and Wells Fargo all had a clean bill of health. After the Fed gave Wall Street banks the stress test green light, the firms simply hiked shareholder payouts. McCoy-Ward also notes that if massive debt-holding firms repurchasing their own shares fail, they will be bailed out. He reminds the Youtube audience that governments don’t make money and the only way bailouts succeed is via taxation and more debt.

After describing the issue with share buybacks, McCoy-Ward circles back to the housing market and the Federal Reserve’s odd relationship at the end of the video.

The investor mentions that the central bank currently owns a third of all the mortgages in the United States. “That means, one out of every three of you watching this video, the Federal Reserve owns your home.”