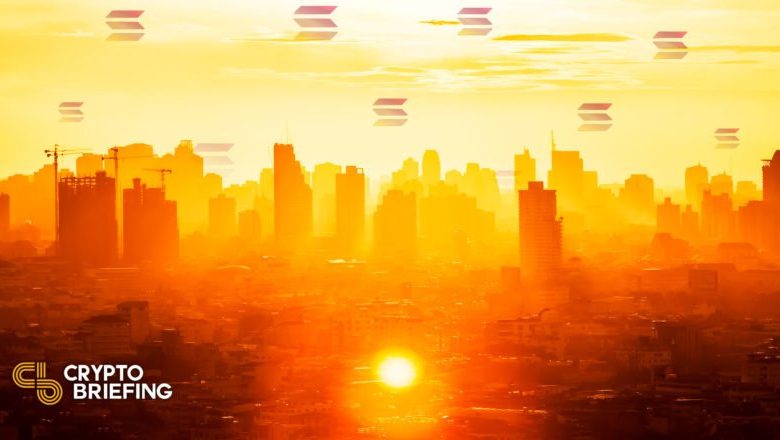 The fund will invest in Web3 game builders on the Solana blockchain.

The Solana ecosystem is getting more funding to become a GameFi hub.

Solana Ventures, the strategic investing arm of Solana Labs, has announced a $150 million funding initiative to invest in Web3 game builders on Solana.

The funding initiative is being established in partnership with Forte, a technology solutions provider for builders of blockchain-based games, and Griffin Gaming Partners, a venture capital firm singularly focused on investing in the global gaming market.

According to the press release, the fund will invest in blockchain-based game designers and builders within the Solana ecosystem. Axie Infinity’s massive success and the rising popularity of NFTs have propelled blockchain-powered, play-to-earn games into the spotlight this year. With numerous such projects launching on a regular basis in recent months, many have found their home on Solana.

Solana is a high-performance blockchain that claims to process around 65,000 transactions per second—a rate far greater than that of the current leading smart contract platform, Ethereum. Resultantly, some of the most anticipated game releases in the space for the following year have opted to build and launch on it.

“The ecosystem is still defining what the intersection of blockchain and gaming looks like, and I’m delighted to partner with Forte and Griffin Gaming Partners to help support this new generation of game designers and builders.”

This is the second blockchain gaming-focused investment initiative for Solana’s investing arm. In November, it launched a $100 million fund in partnership with Lightspeed Venture Partners and FTX. Griffin Gaming Partners, on the other hand, has invested over $400 million into traditional and blockchain-based gaming companies over the past two years.

Griffin Partner Pierre Planche added that gaming and interactive media had become “a cornerstone of blockchain” thanks in part to Solana helping “pave the way with scalability and user experience.”

According to some estimates, the video game industry’s revenue is forecasted to surpass $180 billion in 2021, with most of the profits going to the game publishing companies and their shareholders. NFT-powered play-to-earn games, on the other hand, give players a chance to to earn most of the profits for themselves, meaning that they could be hugely disruptive to the presently established model.