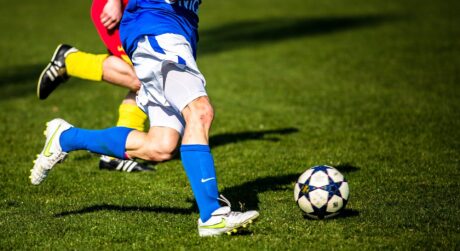 La Liga raised hopes that its Metaverse move will innovate the league and provide best experiences for fans on and off the pitch.

Over the course of the partnership, the league will develop land parcels in Vegas City district (a digital party town part of the virtual reality platform).

La Liga’s Push Into the Metaverse

According to a recent coverage, the move aims to grab the attention of Generation Z, who are among the most active participants in the Metaverse space. Seeing La Liga’s developments in Decentraland’s Vegas City district, those born from 1997 to 2012 might increase their interest in Spanish soccer, too.

Speaking on the matter was Stephen Ibbotson – Head of Franchises and Licensing of La Liga. He said the organization had sought ways to innovate itself and surpass competing championships to ensure the best experience for fans on and off the pitch.

“This licensing agreement will allow us to reach a new and significant audience, like that of Decentraland,” he added.

For its part, StadioPlus will offer guidance in the partnership. It also gains the rights to La Liga intellectual and industrial property for commercial use in the Metaverse. Jon Fatelevich – a top executive at the digital art platform – stated:

“StadioPlus is on a mission to be the bridge between the sports industry and the future. Therefore, we are delighted to have reached this agreement with La Liga, with whom we have been working together for many months on the development and integration of the competition in Decentraland, and we are confident that we will provide a great experience for football fans and Web 3 fans alike.”

It is worth mentioning that the two most successful Spanish soccer teams – FC Barcelona and Real Madrid – have already hopped on the bandwagon. A month ago, the fierce rivals shook hands and filed for a joint Metaverse trademark application. Thus, they can provide their fans with products like virtual reality gaming and cryptocurrency transaction management software.

Another major La Liga soccer club that interacted with the digital asset sector this year is RCD Espanyol. In May, it partnered with Crypto Snack to become the first local team that allows fans to purchase tickets in cryptocurrencies.

Apart from that, supporters can buy food and beverage during matches and merchandise products in Bitcoin, Ether, and other digital assets.

In November 2021, Cadiz teamed up with the team behind the memecoin Floki Inu. As a result, the token’s logo was displayed on the team’s jersey sleeves.