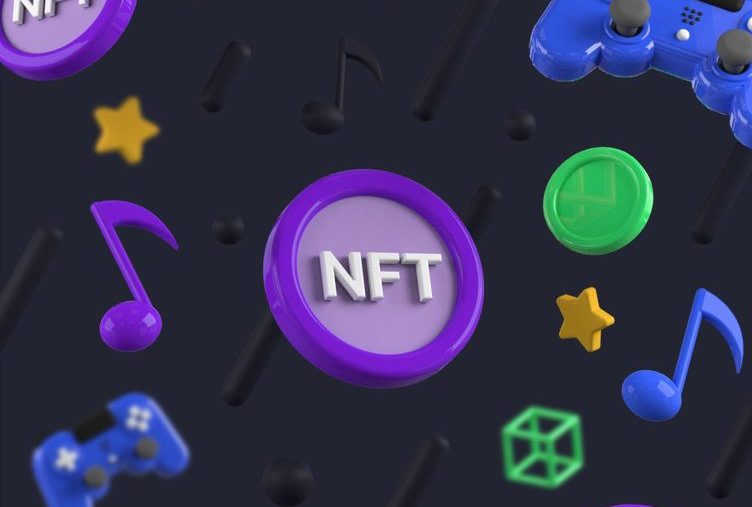 NFTs has been on a winning streak lately, and it seems inevitable that sports and NFTs are a match. Here, we dive into some of the top NFT sports platform.

It is easy to see why non-fungible tokens (NFTs) are somewhat the most marketable blockchain implementations. Other than the fact that they enable the collection of digital asset on the blockchain, they also provide the possibility of enhancing some of our most addictive hobbies, including art, sports, music and gaming. In this guide, we will focus on the explosion of NFT sports applications and highlight notable platforms championing this emerging market.

Why Are NFTs and Sports a Match?

The average sports fan justifies the passion they have for an athlete, a sports organization, or a team by rehashing the same excuse: It’s more than just sports. And while there is some truth to this, it is hard to convey the logic behind such a statement to non-sports individuals. Diehard fans can fondly remember a time of amassing and trading sports cards, all to build a collection of the rarest players. With the emergence of NFT sports implementation, every avid sports follower has one more argument to back up their love for one or more franchises, athletes and teams. Why is this so?

How Does Non-fungible Tokens and Crypto Play a Part?

NFT unlocks a new level of fandom where fans are provided with more tools to partake in a highly immersive sporting world and, at the same time, are rewarded for their passion. NFTs are unique and not replicable, which is precisely the case for limited edition sports collectibles. The scarcity and uniqueness that blockchain offers are increasingly being viewed as a way for sports teams to increase fan engagement and create a more vibrant economy that comes with it.

With the tokenization of sports moments or trading cards, fans all over the world can have access to their favorite athletes and support their teams. Now more than ever, fans can explore new earning potentials by monetizing their knowledge of the sport and their commitments to franchises.

Cryptocurrencies allow fans to transact on sports NFT platforms with ease and have their proof-of-ownership irrefutably recorded on the blockchain. This allows fans to truly own the digital sports collectibles in their wallet address. Besides sports collections, other popular platforms like fantasy sports or sports betting are also enabled through blockchain technology.

It is worth mentioning that this exciting possibility is one of the major factors driving the demand for sports collectibles and memorabilia. Before now, it was a tad complex to exchange sports collectibles and memorabilia like cards, autographs, signed jerseys, and so on for money. Today, sports lovers can verify the authenticity of such items on the blockchain – thanks to NFTs – and execute peer-to-peer trades in seconds. The tamper-proof and distinguishable natures of NFTs preserve not only the ownership of rare sports collectibles but also the appeal of such items.

While this is a given, some solutions have taken things up a notch by creating active economies that trail fan sentiments and the performance of sports franchises. Below I have listed some of these platforms and discussed the features that make them unique.

Sorare has created a collection of NFT football trading cards that players can use to build their fantasy team and compete in order to unlock more NFT cards and win Ether. At the time of writing, Sorare is officially licensed with over 150 football teams, including household names like Real Madrid, AC Milan, and Juventus.

You will find 2 categories of digital trading cards on Sorare. The first is what Sorare calls Commons, which are given to you at the beginning of your playing career to build a team. The second sets are tokenized cards with capped supplies. Tokenized cards earn you points when you compete in the platform’s fantasy football tournament.

With this, you can assemble a five-player team using the digital trading cards in your deck, and generate revenue based on the performances of the players in real life. In essence, the real-time stats of featured players in football matches will automatically reflect on the card and determine the number of points you win. You earn points for the on-field performance of players on your roaster. The good thing about this is that you own the NFT cards you have collected. Hence, you can sell them to other players on NFT marketplaces. Note that Sorare’s NFT cards are priced based on their rareness.

On Sept. 9, 2021, La Liga, the domestic Spanish league and one of the biggest in the world, announced a partnership with Sorare. This is a major milestone, as it opens up to fans on Sorare the chance to trade digital trading cards of La Liga players, which consists of renowned clubs like Real Madrid, FC Barcelona, Atlético de Madrid and many more. Sorare plans to partner with all of the top 20 leagues in the world by the end of 2022.

More information about Sorare can be found on their website here.

F1 Delta Time has created a blockchain ecosystem where Formula One fans can collect NFT cars, race tracks, drivers and tires. Like Sorare, F1 Delta Time players are not just collecting these digital collectibles for the fun of it. The ultimate goal is to compete in tournaments using NFT assets.

As we have come to expect of NFT platforms, the value of F1 Delta Time’s collectibles lies in the limited supply of individual digital items. Also, the rarity of these items is tiered. Therefore, the price that each will fetch on secondary markets varies. You can use the platform’s native utility token, Revv, to purchase these NFT collectibles.

Learn more about F1 Delta Time on their website here.

The NBA is one of the largest sports organizations that have bought into the NFT craze. By partnering with Dapper Labs, the NBA has been able to bring special basketball moments to the blockchain. The entire catalog of collectibles sold on NBA Top Shot is tokenized clips of basketball highlights. To make it more exciting and at the same time create a thriving economy around this offering, the platform issues tokenized basketball moments with varying levels of rarity.

It is worth mentioning that the value of each collectible depends on a combination of factors – the rareness of the NFT and the sentiments of fans or collectors. When these two factors are in play, these NBA NFT moments could sell for hundreds of thousands of dollars – as was the case for a particular Lebron James dunk highlight that sold for $387,000. The unique thing about NBA Top Shot is that collectors can buy these NFTs with conventional payment methods.

This removes all of the technicalities that sometimes shroud other NFT platforms that solely provide the option to purchase collectibles with crypto. This has helped propel popularity of NBA Top Shot such that it is now one of the most valuable NFT marketplaces currently.

“We believe blockchain technology has great potential to enhance the NFL fan experience in the future and we are excited to have Dapper Labs as one of our first collaborators in exploring this emerging space.”

Beside Moments of the current season, the league’s 300 million fans globally can collect the video clips of the greatest plays in NFL history, and sports card of NFL heroes of current and legendary NFL players.

Dapper labs is behind the aforementioned NBA Top Shot, and other popular NFT projects like CryptoKitties, Cheeze Wizards and have Ultimate Fighting Championship (UFC) collectibles on their roadmap. Dapper Labs also provide products such as Dapper — a gateway for collectors to buy and store their digital assets, and Flow — a blockchain focused on decentralized apps (DApps), games and digital assets.

Dugout is an NFT marketplace for the Korean baseball league. Like NBA Top Shots, you collect limited editions of NFT-based baseball cards of the Korean league highlights which you can resell to generate potential profits. To collect cards, you can either buy packs of cards – and hope that you find valuable NFT moments in the collection – or buy your favorite moments on the platform’s marketplace. Whichever way you choose to go about this, the fact remains that collected cards are 100% yours.

More information could be found on Dugout official website here.

Socios is a fast-rising NFT fandom platform where users can buy the fan token of their favorite teams to have voting rights on certain team activities. For example, owning fan tokens could give you the privilege of picking the team’s playlist, the design of the warmup kit, the team bus design and so on. Chiliz (CHZ) is the digital currency powering the socios.com platform.

In particular, football teams have begun to acknowledge the level of fan engagements that this solution provides. Therefore, it is no more surprising that teams like Manchester City, Juventus, and Barcelona are delegating more decision-making responsibilities to their fan token-holders. Note that the more fan tokens you own, the more your vote counts.

DeRace issues DNA-enriched NFT horses for the ultimate horse racing ecosystem. Here, players collect horses, breed them and race them to win all participants’ fees and a percentage of bettors’ stake. As such, we can say that DeRace enables a horse racing universe where you can either become a racer, a bookmaker, or a bettor. The bookmaker owns the arena on which these races take place, and bettors rely on the provable fairness of blockchain technology to ensure that outcomes of bets are transparent, verifiable, and fair.Notably, DeRace is designed to permit horse breeding. In essence, each horse comes with its own unique traits and genetics that determine its visual appearance and racing performance. If breeding seems too complicated, you can decide to buy NFT horses on the DeRace marketplace or secondary NFT markets.