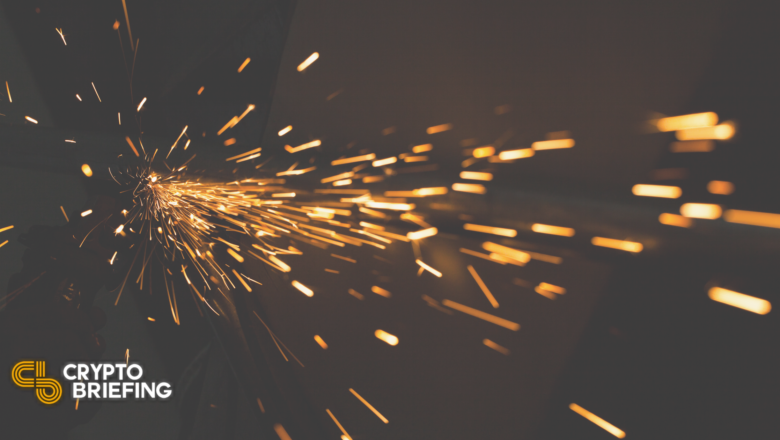 SparkPool is the latest victim of China’s crypto crackdown.

The China-based Ethereum mining pool SparkPool has announced it will shut down services for all users following stricter enforcement of crypto mining bans in the country.

SparkPool, the second largest Ethereum mining pool, has announced that it will end all services and operations by Sept. 30.

The pool, based out of Hangzhou, China, initially told users that it would stop offering its services in mainland China last Friday, following regulatory changes from Chinese authorities. However, in a subsequent notice posted to the SparkPool website and Twitter account today, the company confirmed that it would be stopping its services to users both “at home or abroad.”

In the notice, SparkPool stated that it had made the decision to help protect user’s assets. The pool also said it would send out additional information concerning the shutdown through announcements and on-site messages. Currently, the shutdown is planned to take place early morning on Sept. 30.

Launched in 2016, SparkPool is one of the longest-running Ethereum mining pools and currently accounts for 21% of the Ethereum network hashrate. According to MiningPoolStats, SparkPool has over 68,000 miners connected to its Ethereum pool, producing 141TH/s (Terahashes per second) of hash power.

SparkPool also provides pools for two other proof-of-work blockchains, Beam and Nervos, which will also shut down at the same time as the Ethereum pool.

The latest crypto crackdown in China has mostly been a reiteration of previous provisions declaring cryptocurrency-related activities illegal. However, unlike previous bans, authorities are now increasing surveillance and enforcing harsher penalties on those caught running illegal mining operations. As such, companies dealing with cryptocurrencies in China are likely to either shut down or move abroad to avoid running afoul of the new regulations.