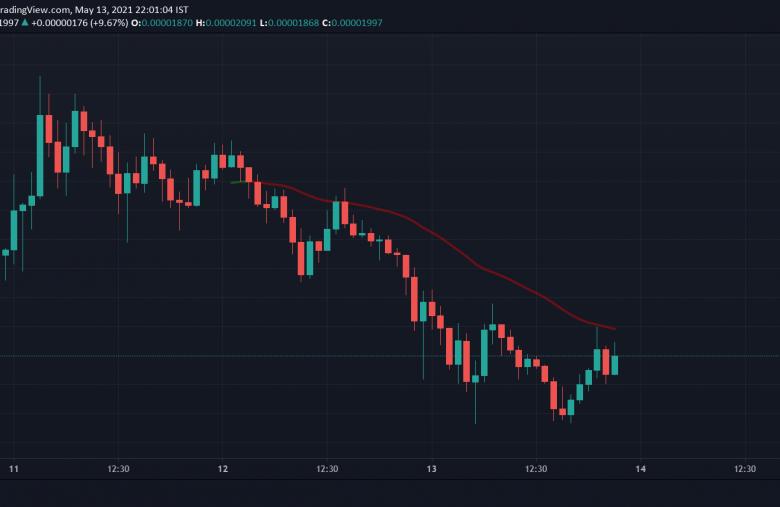 While Dogecoin has been memed into supposed legitimacy by the likes of Elon Musk, ‘petcoin’ Shiba Inu went from near-obscurity to temporarily become the world’s twelfth-largest cryptocurrency earlier this week with a market cap of nearly $12 billion.

Some Shiba punters made millions of dollars with just a few hundreds in investment, with Shiba rising 34,932,200% from its all-time low in November to current prices.

However, while some laughed, others cried. Bybt data shows traders betting on Shiba’s upside were massively ‘liquidated’ on Wednesday night. ‘Liquidations,’ for the uninitiated, occur when leveraged positions are automatically closed out by exchanges/brokerages as a “safety mechanism.”

Futures and margin traders—who borrow capital from exchanges (usually in multiples) to place bigger bets—put up a small collateral amount before placing a trade. If the market moves against them, the collateral is fortified and the position said to be ‘liquidated.’

So what caused Shiba prices to plunge by 40%? The likely culprit was the market’s reaction to Buterin dumping part of his SHIB holdings (he was sent 50% of the token supply by the token’s creators back in 2020) and donating over $1 billion worth to India’s coronavirus relief fund.

Of the Shiba liquidations, $44.59 million occurred on crypto exchange Huobi, $38 million on OKEx, and a paltry $485,000 on FTX. The remaining $10 million was liquidated on Binance’s ‘1000SHIB’ product, wherein each contract represents 1000 SHIB tokens.

Meanwhile, don’t feel too bad for the memecoin traders. $3.91 billion worth of liquidations took place in the market yesterday, especially after Tesla CEO Elon Musk tweeted that the electric car company wouldn’t accept Bitcoin as a payment method for its cars anymore.

382,000 traders were liquidated overall, with the largest single liquidation order taking place on Huobi: A Bitcoin trade to the tune of $38 million.