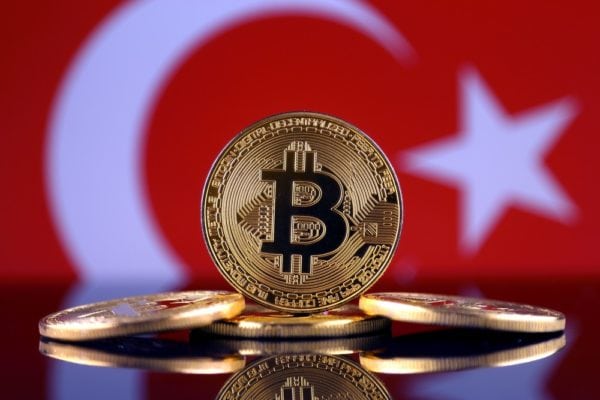 Turkey’s fiat currency, the Lira (TRY), is in serious trouble – especially against Bitcoin – with consumer price inflation reaching an alarming 16% in March of this year. In January of 2008, the Lira traded at near-parity with the US Dollar but is currently near its all time low of 8.5 TRY to the USD.

Perhaps in response to the surging demand for reliable hard money alternatives like Bitcoin, the Turkish central bank, the CBRT, banned cryptocurrency as a payment method for goods and services in mid-April of this year.

The subsequent failure of two Turkish crypto exchanges, Thodex and Vebitcoin, was perhaps a fairly predictable consequence of the harsh and sweeping new restrictions. While the CBRT’s governor has denied any blanket ban of crypto, according to a report published on Bloomberg and attributed to a senior government official, the CBRT is now planning to aggressively regulate the Turkish crypto industry. Much of the proposed regulation appears designed to prevent further exchange failures.

Specifically, the CBRT would reportedly create a new custodial bank, intended to hold the crypto funds of local crypto exchanges and possibly other crypto companies taking user deposits. Most likely, to avoid operational disruption, the proposed bank would maintain only the companys’ cold wallets while allowing them to operate their own hot wallets.

This plan would prevent any re-occurrence of the Thodex exit scam incident, in which the company’s founder fled the country with $2 billion in user deposits… Unless a bad actor at the custodial bank enacts a similar crime. Or the bank gets hacked. Or the government shuts it all down.

It should be clear that the CBRT’s claim that the custodial bank will “eliminate counterparty risk” is inaccurate – the most it will achieve is to transfer counterparty risk from multiple private entities to a single public one. In effect, this custodial bank would take unto itself the responsibility of managing all crypto exchange deposits within the country. It can be hoped the CBRT will only employ trustworthy individuals and implement solid security measures.

The CBRT is also considering applying a capital threshold rule for exchanges, designed to ensure such companies are sufficiently well-capitalized. This measure would require a high degree of accounting transparency between crypto exchanges and the CBRT, in order to monitor all relevant crypto and fiat balances. The compliance costs of such regulation would likely drive up fees on Turkish exchanges but could help to prevent any repeat of the Vebitcoin collapse, which has been attributed to fraud.

If realized, this plan would represent the first time that a national central bank directly controls the crypto funds of its local industry. Whereas its now common practice around the world for exchanges to comply with banking-style regulations and report user information and balances, having the financial authority itself hold the private keys is a new level of centralized control. The possibility for an embarrassing failure exists, if the custodial bank were to fail or be breached. Given Turkey’s current monetary difficulties, the seizure of its citizens’ crypto funds is another potential risk. Turkish users would be well-advised to keep this maxim in mind: not your keys, not your bitcoin.