Twitch Reveals When it Will Ban Crypto Gambling Livestreams 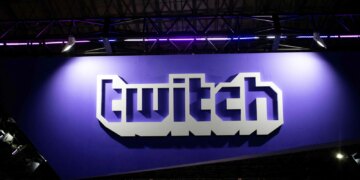 The Amazon-owned platform was at the receiving end of a massive backlash from influencers and fans over live streaming.

The controversial crypto gambling sessions anchored by Twitch celebrities and live-streamed to their followers will be banned effective October 16, Twitch said in a statement. It mentioned that Stake.com, Rollbit.com, Duelbits.com, and Roobet.com, the most notable crypto gambling sites using its platform, will no longer be able to use it to stream their activities.

Going forward, Twitch will identify other crypto gambling sites and disable their access to its platform.

“Gambling content on Twitch has been a big topic of discussion in the community, and something we’ve been actively reviewing since our last policy updates in this area. Today, we want to update you on our plans…

So, we’ll be making a policy update on October 18th to prohibit streaming of gambling sites that include slots, roulette, or dice games that aren’t licensed either in the US or other jurisdictions that provide sufficient consumer protection,” Twitch said in its statement.

The company also added that it already has a policy to prohibit sharing of links or referrals that feature slots, roulette, or dice games but these rules were being circumvented.

“We will continue to allow websites that focus on sports betting, fantasy sports, and poker… We’ll share specifics on the updates to our Gambling policy soon, including the full policy language, to make sure everyone is clear on our new rules before they take effort on October 18th,” it added.

Twitch is one of the investors in the P2E blockchain-based mafia metaverse gaming platform SYN City. As per a DappRadar report in July, Blockchain gaming and metaverse projects don’t seem to be hit by the bear market.

Twitch, owned by Amazon Inc., has been at the center of a raging controversy over its influencers being paid millions of dollars in sponsorship deals by crypto gambling sites to play live casino games with enormous bets. Inspired by what their favorite celebrities are doing, many Twitch users are trying out and getting addicted to online gambling, media reports said.

In the past few weeks, opposition to gambling live-streaming on Twitch became louder, and several top celebrities threatened to stop using the platform if it failed to act, a Bloomberg report said on Wednesday.

Both Twitch streamers and fans have spoken out against gambling live streams. This week, several top company personalities threatened to stop live streaming on it should it not act on gambling. Some fans have become hooked on crypto gambling after watching their favorite streamers participate, Bloomberg said.

Over $1 Million a Month in Sponsorship

Citing data from TwitchTracker, the coverage said that watching streamers gamble on Twitch is extremely popular. Over 50,000 users can be found watching their favorite celebrities play online casino games like slots, Blackjack, Roulette, and other chance games at any time.

They put their wagers on cryptocurrencies, primarily, Ether and Bitcoin. Crypto casino sites such as Stake.com have paid over $1 million per month to Twitch celebrities in sponsorship deals.