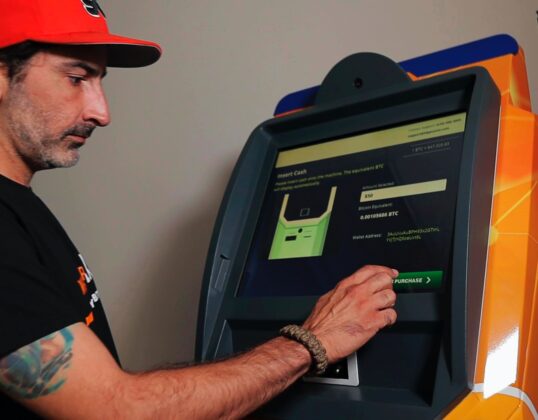 UK’s Financial Conduct Authority (FCA) has posted a warning today ordering all crypto ATMs in the country to be shutdown as they are operating illegally.

As per an announcement on the financial watchdog’s website, the FCA has warned any crypto ATMs operating within the country to immediately shutdown the machines or face enforcement action.

Any ATM offering cryptoasset exchange services in the UK needs to be registered with the FCA and comply with the country’s Money Laundering Regulations (MLR).

However, according to the FCA, none of the 27 crypto firms fully registered with the watchdog have received approval for offering ATM services. Thus, any such ATM machine operating in the nation is doing so illegally. The regulator adds that customers shouldn’t be using them.

As per data from Coin ATM radar, there are currently 80 such machines operating within the UK. Gidiplus, a firm offering cryptoasset ATM services, recently got its application rejected by the regulator.

The company took it to court, but it was ruled against by the judge, concluding that there was a “lack of evidence as to how Gidiplus would undertake its business in a broadly compliant fashion.”

“We are concerned about crypto ATM machines operating in the UK and will therefore be contacting the operators instructing that the machines be shut down or face further action,” said the FCA.

We regularly warn consumers that cryptoassets are unregulated and high-risk which means people are very unlikely to have any protection if things go wrong, so people should be prepared to lose all their money if they choose to invest in them.

At the time of writing, Bitcoin’s price floats around $39.4k, down 5% in the last seven days. Over the past month, the crypto has lost 8% in value.

The below chart shows the trend in the price of the coin over the last five days.

After trending sideways for several days in a row, Bitcoin finally seemed to show some movement a few days back as the crypto broke above the $42k level again.

However, by yesterday, the coin had already plunged back down and retraced the recovery the coin made earlier. Since then, it has again consolidated sideways.

At the moment, it’s unclear when the crypto may escape from consolidation, or which direction it will break out in.