What has caused Fantom’s up and down? 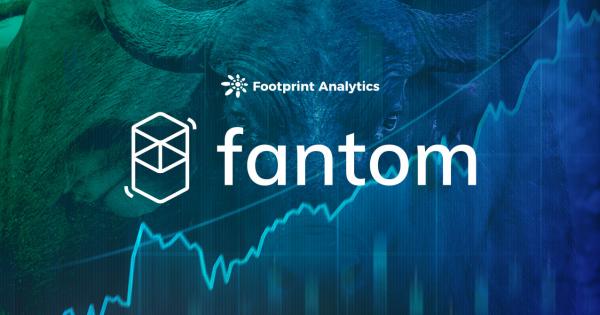 Can Fantom continue its growth, even now it ranks 2nd largest public chain?

Since the beginning of 2022, Bitcoin has fallen from $68,000 to $34,000, taking almost the entire crypto market down with it. One exception, however, is Fantom, which has continued growing its TVL and surpassed Binance Smart Chain and Terra.

Here’s what caused Fantom’s precipitous rise and the problems that might bring it down.

Fantom is a fast, high-throughput, and easily scalable Layer 1 EVM compatible public chain launched in December 2019. It is the first public chain supported by Lachesis,  an aBFT (asynchronous Byzantine Fault Tolerance) consensus algorithm based on DAG (directed acyclic graph). Its most notable features are:

Fantom has deployed 135 protocols, covering  DEX, yield, lending, assets, staking, minting, and derivatives. It is the fifth-largest public chain in terms of protocols, behind Polygon and Avalanche.

However, Fantom’s TVL is much larger than Polygon or Avalanche, indicating a highly promising ecosystem with much room for development.

In August, Fantom announced it would invest 370 million FTM to stimulate development on the chain.

Fantom has closed five strategic funding rounds and has received over $100 million in investments from top VCs including Alameda Research.

Fantom’s TVL has reached 18.87 billion, surpassing Terra and Binance to become the #2 public chain. The biggest contributor to TVL are bridge projects, with 34.32%, followed by yield projects, with 23.83%. In terms of specific protocols, Multichain (formerly AnySwap) is way ahead of the rest.

Reasons for rapid growth: AnySwap and Geist Finance are the major reasons that helped Fantom explode. AnySwap, with the increase in demand for Bridges as public chains battle, contributed 43% of TVL to Fantom. Geist Finance’s Staking attracted significant capital at 14,580% APY, locking in 34% of TVL for Fantom.

In addition, Andre Cronje announced the migration of Yearn Finance to Fantom, which gave confidence to players to enter Fantom’s DeFi project.

Reasons for rapid growth: The main reason for this phase is the help of Cronje’s influence.
On Jan. 1, Andre Cronje (founder of Yearn.finance) announced that he would release a new protocol on Fantom and then airdrop its token to the top 20 TVL DeFi protocols on the chain. The major DeFi protocols started to accumulate locked TVLs crazily, especially 0xDAO, which uses vampire attacks to lock TVL. Eventually, Fantom TVL soared, surpassing Terra as the second public chain.

However, the rapid growth of Fantom has seen a turning point when the airdrop ended on 25th Jan. Why?

Some thoughts on Fantom’s current problems…

Fantom has seen unbelievable growth in the last several months. However, it was almost entirely driven by Cronje’s support. This leaves it vulnerable in case things do not pan out for him on the protocol.

Furthermore, while its performance is good, there are not many new projects on Fantom.  Any project ecosystem needs a constant flow of fresh new projects to keep growing.

Solana has 1,000 validator nodes and Terra has 100. Fantom has only 50, relatively few in Top’s mature public chains. Which results in Fantom’s relatively low global, leaderless, and trustless nature. It means that the decentralization is not high enough to attract DeFi protocols, which affects TVL. That’s why Fantom needs to add validators nodes.

In short, if Fantom wants to sit in the second or even the top position of the public chain, the above problems need to be solved in a good way.

What is Footprint Analytics?

Footprint Analytics is an all-in-one analysis platform to visualize blockchain data and discover insights. It cleans and integrates on-chain data so users of any experience level can quickly start researching tokens, projects and protocols. With over a thousand dashboard templates plus a drag-and-drop interface, anyone can build their own customized charts in minutes. Uncover blockchain data and invest smarter with Footprint.