What is Ethereum? The Complete Guide for Beginners 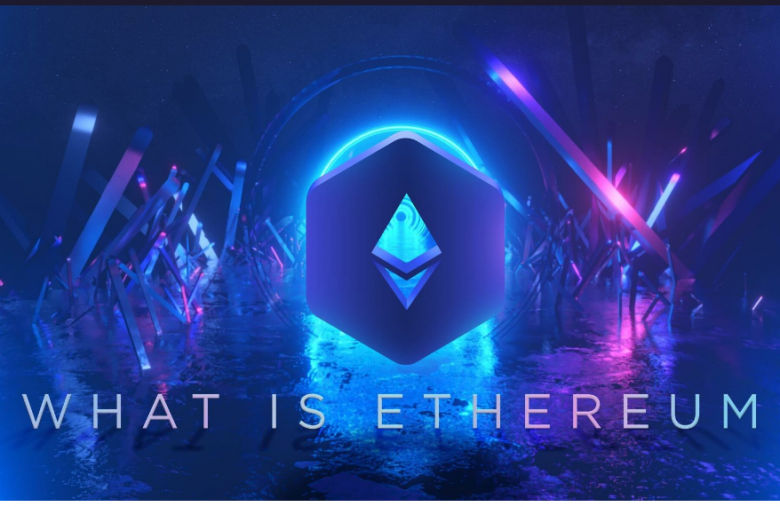 Ethereum is all about re-imagining how the internet works. Buying things, building apps, storing records. Ethereum wants to change all of that.

Bitcoin proved that a currency could be created by a community and sent and received by anyone with a cryptocurrency wallet.

What Ethereum has proven is that blocchain can be so much more than just a store of value. It can be used to organize people, ideas, companies, money, services… If anything can be written into code and used by a smart contract it can be built on Ethereum.

While anything can be built on top of Ethereum, from supply chain tracking systems to decentralized exchanges to digital art marketplaces, currently, the most popular offering is DeFi — Decentralized Finance.

Let’s explore together what Ethereum is, how Ethereum works, its advantages/disadvantages and its usecase 🙂

Ethereum was created to address some of the problems or lack Bitcoin has. While Bitcoin is great for storing wealth, it lacks complex functionality. You can send and receive transactions and execute some other essential functions, but smart contracts are not supported. That’s where Ethereum comes in.

Ethereum is a decentralized smart contract platform that’s the second most popular cryptocurrency in the world.

It is taking the technology Bitcoin is built on and making it more than just a currency. It allows developers to build apps – distributed apps (dApps) – which bundle those smart contracts together into an easy-to-use interface.

Please check my article in which I explored smart contracts in more details.

Since Ethereum is decentralized anyone can build and launch anything. That’s the value of decentralization, and it’s one of the reasons that Ethereum has become so popular.

Ethereum is the second most decentralized cryptocurrency in the world, after Bitcoin. Although there are certain people and organizations, like Vitalik Buterin and the company ConsenSys, that have a lot of influence over the project, there is no centralized authority with ultimate control.

That’s different from other smart contract platforms like NEO or Tron. The problem with these platforms is that a centralized organization controls the network. If it came down to it, there is a potential for a transaction to be rolled back or an account to be frozen.

Having a decentralized network like Ethereum is the ultimate safeguard against interference. We don’t want middle men or central authority in between.

Ethereum has a big and robust community of developers

Ethereum has the largest developer community in the world, even larger than Bitcoin’s. This gives Ethereum a tremendous advantage over other protocols.

Blockchain-based cryptocurrencies are still a new technology, and there’s a lot of work to do to make crypto useful for the average person. Having so many developers makes it more likely that Ethereum will be the first project to find that product-market fit, which will lead to mass adoption. Because yes, we are very far away from mass adoption here 🙂

Ethereum’s protocols interacting between each other

If you played with legos as a child, you know that you can combine them in new ways every time.  The same pieces that were a car yesterday can be a space ship today. Each piece can plug into the next, be separated and used in an essentially infinite number of ways.

In systems design, this is called composability.  A composable system provides components that can be chosen and combined to suit a specific purpose. And this is exactly what we can do on Ethereum.

When you build an app on Ethereum you can instantly connect it to hundreds of other protocols that already exist. In the Ethereum community, this is known as money legos.

Recently there have been trendy financial products that have been built and launched on Ethereum in a matter of weeks. That’s only possible because these protocols can connect to existing infrastructure, rather than start from scratch.

Ethereum is awesome, it opened the door to a whole new world with new possibilities, smart contracts, decentralized finance…

But, as great as Ethereum is, the platform certainly isn’t perfect. Let’s see together 3 considerable challenges that Ethereum is currently facing.

One of the biggest growing pains Ethereum is currently facing is transaction speeds.

In order for Ethereum to reach mass adoption and become the network all decentralized companies are built on, it has to be able to allow more transactions to happen at once. At present it handles 15 transactions per second, whereas Visa can handle up to 24,000, so it has a long way to go.

Bitcoin on the other hand is able to handle an average speeds of 7 transactions per second. Ethereum is doubling Bitcoin’s speed but this is not enough.

Recently the exploding popularity of DeFi, and yield farming, in particular, has caused the Ethereum network to become incredibly congested. For brief periods transaction fees rose to 100x their normal levels or more, leading to outrageous charges.

This tweet from CZ, founder and CEO of Binance, kind of say everything 🙂

If the network is congested for a day or two, that’s not such a problem. But for months now Ethereum has been experiencing high traffic and high fees.

This can make it uneconomical for people to continue using the platform.

Let’s see, this is not a disadvantage but since it’s a new language there is not a lot of Solidity developers out there 🙂 Ethereum is not receiving mass adoption from the web 2.0 developers community.

Developers who want to create apps and tokens on the Ethereum network need to code in Solidity.

What that means in practice is that developers need to code smart contracts in a new language that they may be unfamiliar with. The result is that it’s relatively common for smart contracts to be written with vulnerabilities in them. Some of these vulnerabilities are difficult to identify and there are even instances where a smart contract is audited (a third party checks the code to ensure it’s secure) and even after the audit, a hacker can find an exploit…

What is ETH? And what is Ethereum Gas?

The Ethereum coin that powers the network is officially named Ether and popularly known by its ticker symbol — ETH.

Let’s try to imagine a situation to understand how Ethereum network, smart contracts and ETH work all together.

Let’s imagine the Ethereum blockchain as a highway. If the Ethereum network is a highway and smart contracts and apps are cars, Ether is the gas that runs everything.

The best way to think about ETH is that it’s the currency you use to pay for the execution of a smart contract.

But, what do you mean by paying for the execution of a smart contract?

Since we are paying for computing power, a simple transaction from A to B will cost less than a complex smart contract with dozens of steps which will be more expensive since it requires more computing power.

In terms of tokenomics (the economy of the token), there is no hard cap (total supply) on the amount of ETH that can be produced. In contrast, we know that there will only ever be 21 million Bitcoin.

How does ETH price is determined?

ETH’s price will typically reflect the supply and demand for smart contract usage since ETH is used to pay miners to execute smart contracts. The more people who want to use smart contracts on the Ethereum network, the more Ethereum Gas is needed, the higher the ETH price is likely to go.

My Thoughts: The Future of Ethereum

Five years after its launch, Ethereum is still the largest general-purpose blockchain.

As of now, around 200,000 active developers are building on Ethereum with over 1,600 projects.

But, the Ethereum network has been plagued with bottleneck scalability issues for the longest time due to increased usage on the network. This has resulted in severe congestions, with the average transaction fees growing significantly.

The upcoming ETH 2.0 update is expected to resolve current issues with scalability and security. Scalability here refers to the number of transactions a blockchain can process per second.

Another challenge Ethereum faces is from other networks such as Cardano, Cosmos, Polkadot, EOS, NEO and Tron to name but a few. These smart contract platforms (blockchains) all are trying to solve this scalability problem by increasing speed, without compromising on security.

If you want to learn more about these other blockchains, have a read at my Top 10 Smart contracts Platforms article here.

Why is Ethereum facing scalability issue?

Just like Bitcoin, the Ethereum blockchain uses a consensus mechanism called Proof-of-Work, however Ethereum 2 will switch to Proof-of-Stake to fix their scalability issues.

I’ll explore some of the solutions Ethereum 2 needs to implement in another article. You’ll understand better why this upgrade matters 🙂

That’s it guys. Please leave a comment down below for any question you have about this article and I’ll be answering!

Remember, we are all here to learn and there are no stupid questions.