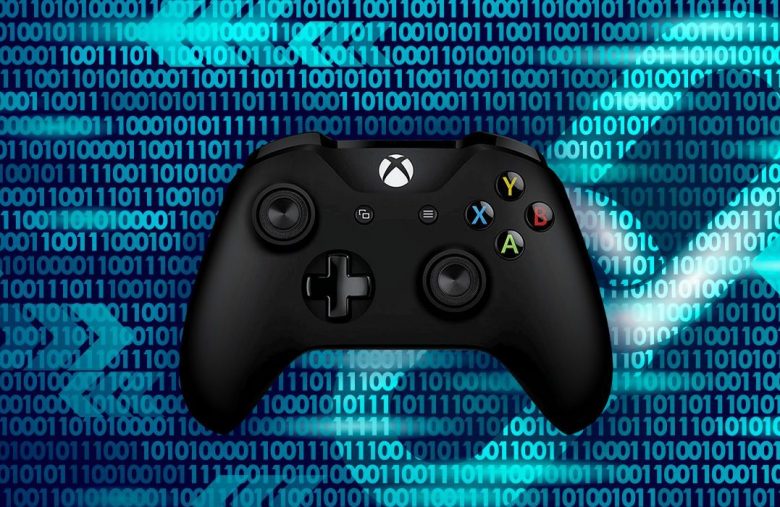 Play to earn is emerging as a trending business model and is taking the DeFi gaming industry by storm. Here’s everything you need to know about it.

Gamers are no longer overlooked and crossed out as outcasts who waste their time instead of doing something productive.

According to some estimations, the global gaming market is expected to reach a value of $268 billion by 2025. Considering a career in gaming is no longer frowned upon but actually encouraged in many countries.

As with every industry, online gaming also witnessed a myriad of trends and tendencies over the years. From first-person shooters (FPS) to multiplayer online battle arena (MOBA) games, the list grows constantly.

Now, it appears that the cryptocurrency industry has realized the potential of this growing segment and the impact that blockchain-based technology can have on it. This was largely possible through the boom of non-fungible tokens (NFTs), as developers understood they could be able to create and transfer tangible value in gaming ecosystems, providing further incentives for people who spend their time gaming.

But first, it’s essential to clarify a few things in advance.

Online gaming has undoubtedly become a phenomenon that can no longer be ignored. Millions of people across the world play a variety of games – some professionally, some casually. While gaming was a niche a year ago, it’s now the norm for many young people.

There are quite a few traditional online games that are played competitively on a very high level. One of the first games to propel the competitive gaming scene and legitimize eSports to the broader audience was League of Legends and the massive 2015 LoL World Championship.

For the first time in history, we saw a gaming event take place in the famous Wembley Arena, and the winning team received a staggering reward of $1 million.

Today, millions of people across the world play a variety of games such as World of Warcraft, New World, League of Legends, CS: Global Offensive, Final Fantasy, and many, many more. They create communities, interact with each other, and, in a way – create a whole other parallel ecosystem where they can escape reality.

This last part is at the center of a concept that many refer to as the “metaverse” – a place beyond reality, completely digitized and fictional, but also a place where people can literally go through the usage of various AR devices and spend time and resources at.

When speaking of play-to-earn, it’s impossible to disregard this. It also brings us to the next important concept – the metaverse.

The Metaverse: What’s It All About?

We see the term “metaverse” tossed around a lot lately. It exploded in popularity recently as Mark Zuckerberg – Facebook’s CEO – made a few statements on how he wants to be a leading figure in building it, going so far as to say they plan on onboarding as much as 10,000 in the EU to develop it.

And while Zuckerberg is one of the most recognized and influential names working towards making the metaverse a reality (pun intended), the concept itself measures in incomprehensible scale.

Put simply – the metaverse is a virtual world, a land of a sort, where people would be able to go inside instead of just looking at a flat-screen display. It’s the internet brought to life with all of its intricacies.

Imagine a world where everything is possible, so long as it’s designed and developed. It can be described as a world of endless and interconnected virtual realities where people can play, meet, work, and do whatever they want, using headsets, AR devices, and other smart gadgets.

This is where the play-to-earn model becomes even more monumental. It’s a fact that the world is becoming more digital – just think about how much time you spend on your phone interacting with distant friends and family over messengers. Imagine being able to digitally interact with them through virtual reality.

As this grows in popularity, so will the play-to-earn model because it would provide people with the opportunity to create value and be rewarded in this metaverse – hence why there’s currently a race between billionaires such as Mark Zuckerberg on who will be the first to realize this concept.

Play-to-earn is exactly what it sounds like – a business model where users get to play a game and earn cryptocurrency while doing it.

It’s a very powerful psychological model because it combines two activities that have been driving mankind since the dawn of time – making money and entertainment.

The key component in this model is to give gamers ownership over certain in-game assets and allow them to increase their value by playing the game actively. Usually, in the crypto world, defining the ownership and even transferring it is possible through the use of non-fungible tokens (NFTs).

We have an in-depth guide on what NFTs are, and you can check it here.

By taking part in the in-game economy, players create value for other players in the ecosystem and for the developers. In turn – they receive a reward in the form of potentially appreciating in-game assets. These assets can be absolutely anything ranging from appealing characters with variable scarcity to a certain type of cryptocurrencies.

The main idea is that in play-to-earn games, players are rewarded for putting in more time and more effort into the game.

It’s a relatively new phenomenon in the cryptocurrency market – or at least it grew in popularity only recently, especially with the advent of one particular project – Axie Infinity, but more on that later.

Are Play-to-Earn Games Free to Play?

There’s a debate whether or not play-to-earn games should be freely accessible, but the truth is that each developer takes their own path. Some games are free, while others require some contribution to play.

Developing a video game is expensive, and it’s essential to know that these games are created by businesses. The point of every business is to be profitable.

On the other hand, the benefit of play-to-earn games is that gamers create some value that can be sold. Even when they need to pay something to start playing, these items can then be sold for a potential profit.

It’s also true that most of the free games require some sort of investment early on to unlock basic capabilities and complete gameplay.

With this in mind, let’s have a look at some of the most popular play-to-earn cryptocurrency games out there.

Axie Infinity is undoubtedly the most popular play-to-earn game in the crypto world. It’s inspired by some popular games such as Pokémon and Tamagotchi. Players are able to collect, breed, raise, battle, and even trade token-based creatures, which are, of course, called Axies.

These creatures can all take various forms, and there are currently over 500 different body parts that are available – these include reptile and plant parts, bugs, birds, beasts, aquatics, and so forth. The parts classify in four different rarity scales: common, rare, ultra-rare, and legendary.

Every single Axie is a non-fungible token (NFT), and it has different attributes and strengths. Users can spend time and effort on upgrading their Axies, and they can trade them for cryptocurrencies on a dedicated marketplace.

The native cryptocurrency of the protocol is Axie Infinity Shards (AXS), and it’s used to participate in the governance of the game. AXS can also be staked. We have a detailed guide on how to stake AXS that can be found here.

However, there’s also the Small Love Potion (SLP) cryptocurrency, which is earned by playing the game. It’s an ERC-20 token, and it can be used to breed new Axies. The cost of breeding starts at 100 SLP but increases with every breed – the second costs 200 SLP, the third 300 SLP, the fourth 500 SLP, and so forth, where the sixth one costs 1,300 SLP. You can’t breed more than 7 Axies.

Players are able to accrue SLP throughout the game, and this is how they can essentially earn. At press time, both AXS and SLP are traded on the Binance exchange.

Evidently, the earnings of a player will vary based on the price of SLP at the time they’re selling. However, this can also be a good thing because if there’s strong demand for it, then their earnings can increase accordingly.

Decentraland is another very popular game that was created by Ariel Meilich and Esteban Ordano. It’s worth noting that both of them have since stepped down from occupying major positions in the project but are still working on it as advisors.

The project is somewhat of a veteran in the space – it was launched back in 2017 through an ICO, which managed to raise $24 million.

It’s essentially a virtual world – a parallel universe that’s running on Ethereum, and players are able to create, experience, and monetize different content and applications. Users can purchase plots of land. They can, after that, moderate it in a way that makes it more attractive, they can build on it and potentially monetize it.

Users have created plenty of different exciting things in Decentraland. Many people see a lot of potential in this virtual reality, and back in June, Reuters reported that someone had bought a patch of virtual land for more than $900,000.

The native cryptocurrency of Decentraland is MANA, but there’s also LAND. MANA is a basic ERC-20 token, and it can be burned to acquire non-fungible ERC-721 LAND tokens. The MANA token can also be used to pay for different names, wearables, avatars, and other things available on the Decentraland marketplace.

The Sandbox is another blockchain-based virtual world that allows players to earn as they enjoy the game.

The main mission, according to the public whitepaper, is to introduce blockchain tech into the gaming world in a way that’s successful.

It combines the capabilities of decentralized autonomous organizations (DAOs) and NFTs to create a digital world that harbors a considerable gaming community. Its blockchain-based virtual world allows players to build, create, buy, and sell various digital assets in the game.

Like Decentraland – there are two different tokens, one of which (SAND) is based on the ERC-20 protocol and is a utility token with a finite supply of three billion. The other one is a non-fungible token (LAND), and there’s only 166,464 of it available. LAND can be used to host games, create housing, build multiplayer experiences, and so forth.

Many believe that blockchain gaming is the future of the e-gaming industry, and it’s not that hard to see plenty of merits supporting that narrative.

Play-to-earn is turning into a viable business model which allows both game developers and players to monetize the time they spend on something they enjoy doing.

In addition, the world in itself is becoming more and more digital, especially amid the COVID-19 pandemic, forcing many traditional social interactions to go online. With this, it’s entirely reasonable to believe that the future is, indeed, digital.