With Russia cut off from SWIFT, could Bitcoin play a role in avoiding sanctions? 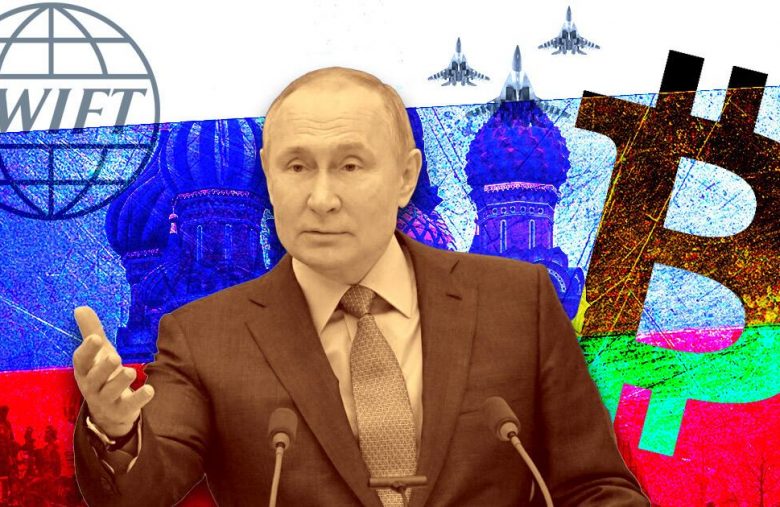 The U.S. as well as the U.K. and several other European countries have agreed to ban a number of Russian banks from SWIFT.

Following the invasion of Russian forces into Ukraine, several countries (i.e., the U.S. and a number of EU members) have imposed strict economic sanctions on Russia which, among other things, will preclude some local banks from accessing the Society for Worldwide Interbank Financial Telecommunications (SWIFT).

Some Russian banks kicked from SWIFT

This move was likely spurred by the fact that previous restrictions proved to be not sufficient enough to deter Russia. As such, western countries ultimately had to resort to banning several Russian banks from SWIFT.

Notably, the network is used to facilitate transactions between over 11,000 financial institutions all over the world except North Korea. By disconnecting Russian banks from the global financial system, it will be difficult for the country to spend its $640 billion held in international reserves.

Hedge fund billionaire Bill Ackman noted on Twitter the effect this could have on the Russian people, saying, “If I were Russian, I would take my money out now. Bank runs could begin in Russia on Monday.”

I wouldn’t want to keep money in a bank that can’t access the SWIFT system. Once a bank can’t transfer or receive funds from other banks, its solvency can be at risk. If I were Russian, I would take my money out now. Bank runs could begin in Russia on Monday. #StandWithUkraine

Naturally, such harsh restrictions could have disastrous effects on the Russia’s economy. At the same time, many analysts believe that Russia doesn’t really have any effective alternatives, even though blockchain technology and cryptocurrencies, especially Bitcoin, can be seen as one of them.

We’re talking about multiple orders of magnitude larger flows of money than would be possible to conceal on a public ledger https://t.co/XnEHMbIcrm pic.twitter.com/3Bppmv2IEr

Due to its censorship-resistant, open, neutral, and permissionless nature, crypto can theoretically become a viable instrument that a country like Russia could use to evade sanctions. With Bitcoin, the country can keep participating in international trade as long as it finds partners willing to accept digital assets.

Meanwhile, the country has already been working on various alternatives for some time, including the Digital Ruble, a Central Bank Digital Currency project that’s currently in its pilot phase.

…this is NOT good for Bitcoin.

But will it work?

The overall viability of any alternative to SWIFT remains questionable since the network is widely adopted across the world and none of its substitutes have ever been able to compete in a meaningful way.

For example, SPFS, an alternative system in Russia, is supported by only 20% of local banks as of 2020. Even the more popular Chinese option, the Chinese Cross-Border Interbank Payment System (CIPS), is only about 0.3% of SWIFT’s size.

Conclusively, Bitcoin could come to play a very pivotal role in determining how effective the economic sanctions imposed on Russia would be.