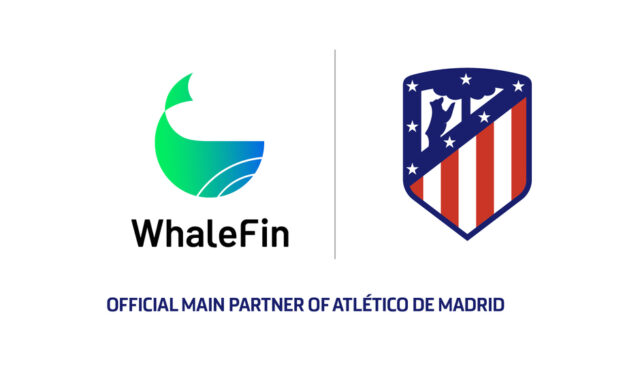 The Spanish soccer giant Atletico Madrid has confirmed that the club will feature crypto firm WhaleFin as its kit sponsor for next season.

As announced by the Spanish club on its website, Amber Group has now become the team’s official global and main partner.

With offices all over the globe, Amber Group is a large digital assets company with “WhaleFin” as its flagship platform. As per the deal, WhaleFin will feature next season on the front of Atletico’s kits.

Atlético de Madrid is one of the biggest soccer names in both Spain and the world, being behind only Barcelona and Real Madrid domestically. The club currently plays in LaLiga, the country’s top flight, which it became the champion of just one season ago.

“Today is a significant day for the future of Atlético de Madrid, as we join forces with a global leading company in the digital finance space,” said Miguel Ángel Gil, Chief Executive Officer of Atlético de Madrid. “This partnership aligns with our desire to evolve digitally and being able to offer better, more superior digital experiences to our fans.”

The contract penned between Amber Group and Atletico is valid for a 5-year period, and according to Spanish sports business outlet 2Playbook, the deal is reportedly worth €42 million (about $42.26 million) per year.

In addition to a feature on the kits, WhaleFin will also serve as the preferred crypto gateway for fans of the club, and will provide fan experiences in the metaverse.

Amber Group COO Michael Wu said, “this multi-year partnership is a monumental moment for Amber Group, and we are proud to be partnering with Atlético de Madrid, one of the top football clubs in Spain and Europe. This partnership celebrates our shared values in teamwork and community-building which are resonant in both the world of sport and crypto finance.”

Crypto sponsorships aren’t anything new in the soccer world. Last year, the English club Watford made Dogecoin its sleeve partner. The top Italian club Juventus has also penned a sleeve deal with the derivatives exchange Bitget.

At the time of writing, Bitcoin’s price floats around $19.7k, down 2% in the last seven days. Over the past month, the crypto has lost 26% in value.