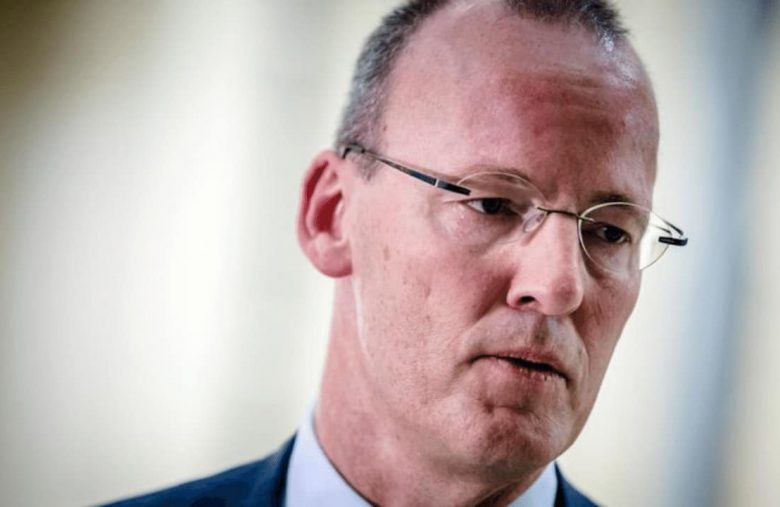 Klaas Knot said the Financial Stability Board is “well-placed” to introduce rules in the cryptocurrency industry.

The Chairman of the Financial Stability Board (FSB) – Klaas Knot – raised concerns that the cryptocurrency sector could harm the monetary network in the future. In his view, the digital asset market is expanding at a fast pace, while some of the tokens are employed by criminals in illicit activities. “For these reasons, policy work on crypto assets is a priority for the FSB,” the executive outlined.

The lack of an appropriate regulatory framework applied to the digital asset industry has been a problem addressed by numerous prominent individuals. The latest to give his two cents on the matter is Klaas Knot – President of the Dutch central bank and Chairman of the FSB.

In a recent announcement, the economist argued that bitcoin and the altcoins could operate under the radar of watchdogs, and as such, wrongdoers could facilitate illegal transactions with them. For example, Klaas pointed out the ongoing military conflict between Russia and Ukraine.

He believes the war has “reinforced” the assumption that crypto plays a role in money-laundering, ransomware, and cyber-crime.

The central banker acknowledged the rapid development of the asset class in recent years. However, he argued that this progress could present a threat to the global monetary ecosystem:

“The bottom line of our assessment is that crypto assets are fast evolving and could soon threaten global financial stability. The rapid evolution and international nature of these markets also raise the potential for regulatory gaps, fragmentation, or arbitrage.”

Klaas stated that one of FSB’s primary goals will be to establish comprehensive rules on the market, especially on “unbacked” cryptocurrencies and stablecoins. In addition, the institution will aim to impose a regulatory framework on the DeFi sector by collaborating with governmental organizations such as the Financial Action Task Force.

“Thanks to its broad international and cross-sectoral membership, including the sectoral standard settler, the FSB is well-placed to take a leading role in the design of a coherent framework for crypto assets,” the Dutch concluded.

Politicians in Favor of Regulations

The list of lawmakers and government officials that call upon imposing crypto rules keeps growing.

A prominent member of that club is Christine Lagarde – President of the European Central Bank. Shortly after the start of the Russia-Ukraine war, she urged the EU to strengthen crypto regulations. Otherwise, the world’s largest country by landmass could use the asset class to bypass sanctions.

It is worth noting, though, that cryptocurrencies are not suitable for such endeavors due to their underlying blockchain technology. Changpeng Zhao – CEO of Binance – explained in detail:

“If you look at the data, nobody smart does that. Crypto is too traceable, the governments around the world are increasingly very good at tracking crypto transactions. So crypto is not good for that.”

Next to be mentioned is the French President Emmanuel Macron. Last month, he opined that France should dive deeper into the Web3 ecosystem and Metaverse. However, he supported the European Parliament’s approach to bringing rules in the digital asset sector by enforcing the MiCA legislation (Markets in Crypto Assets).

“We now have to ensure the uniformity of rules on the European territory to create a unified market. Given this context, I am in favor of making rapid progress on the MiCA regulation,” Macron stated.